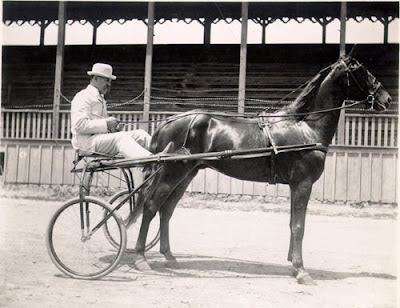 Born to German immigrants in Indiana in 1862, George A. Boeckling was a salesman and real estate agent. In 1897 he became general manager of the newly formed Cedar Point Pleasure Resort Company. Under Boeckling’s leadership, Cedar Point was transformed from a summer picnic area to a thriving amusement park with wide appeal.

Always seeming to anticipate what would appeal to the public, Boeckling offered concerts, movies, and dancing, and encouraged military groups and businessmen to hold their annual conventions at Cedar Point.

G.A. Boeckling was very public-spirited, a member of the Chamber of Commerce, Elks Lodge, Aerie of Eagles, and was charitable to local churches, veterans organizations, and youth clubs of Sandusky. In 1922 the Sandusky Register called him “the man who made Cedar Point.” George A. Boeckling died July 24, 1931, and is buried at Oakland Cemetery. Visit the Sandusky Library to learn more about G. A. Boeckling and the history of Cedar Point. 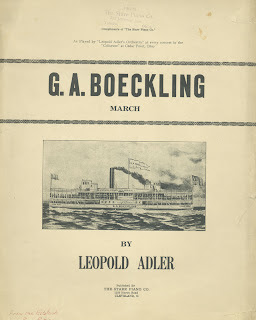 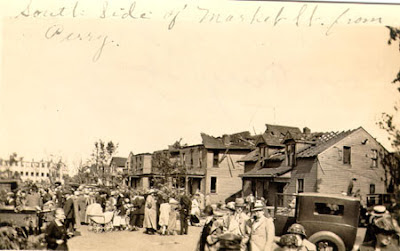 Bring your lunch and join us in the Library Program Room (Terrace Level) as we explore topics in local history. The first session of the Summer Brown Bag Lunch Series will be held on Wednesday, June 20, from 12:00-1:00 p.m. in the Library Program Room (Terrace Level).
The topic will be One Sunday Afternoon: The Story of the 1924 Lorain/Sandusky, Ohio Tornado. Jennifer Wertz, the business partner of the late Berlin Heights filmmaker Tom Koba of Koba and Company will screen this movie. (Note: The film is 72 minutes in length, so this session will run over one hour.)
Posted by Sandusky Library Archives Research Center at 10:08 AM 3 comments:

We promised that "Mystery Photos" would be a regular feature of the blog -- where we show you images from the collections that might not be easily recognizable to you, and of unknown origins. We haven't had a mystery photo on the blog in quite a while, so here is one for you: 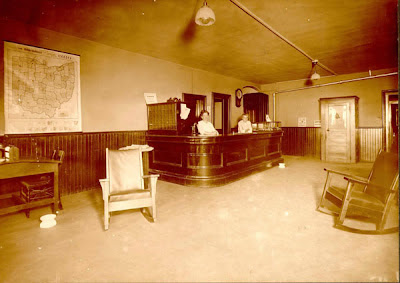 Looking at the reception desk and the pigeon-hole cabinet behind the desk clerks, it seems rather clear that it is the lobby of a hotel. (You may not be able to see it, but a sign above the cabinet is addressed to "guests.") But which hotel is it? We have no information with this photograph as to where it was taken. Any ideas?

We do know that one of the ladies in the photo is Miss Mary Spier -- it might be possible, with a bit of research, to learn more about Miss Spier -- using the Ancestry genealogy database, for example. We can make a reasonable "guesstimate" of the time period of this photo by looking at things such as the "candlestick" telephone on the counter; these phones were popular mainly in the 1910s and 1920s. A map expert might be able to date the photo by the map on the wall. (Not me.)

Remember: just because you don't know all the details about a photograph, it doesn't mean it's worthless. Every image offers a description of life; it's just up to you to figure out what they are saying.

So where was this hotel? Your ideas are welcome.

Posted by Sandusky Library Archives Research Center at 9:30 AM 1 comment: 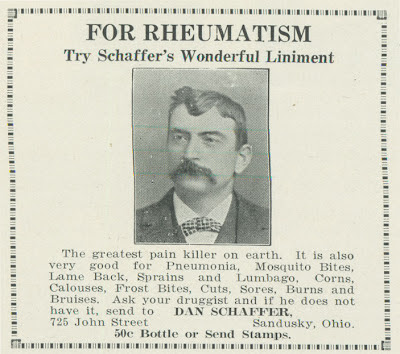 From 1898 until about 1930 Daniel Schaffer manufactured liniment. Advertisements claim it to be the “greatest pain killer on earth.” Sold at local drugstores for fifty cents, the Wonderful Liniment was used in the treatment of diphtheria, pneumonia, neuralgia, toothache, lame back, corns, warts, sprains, cuts, bruises, rheumatism, sore throat, insect bites and frostbite. The liniment was manufactured locally, first at the Schaffer home on Wayne Street, then later at 725 John Street. 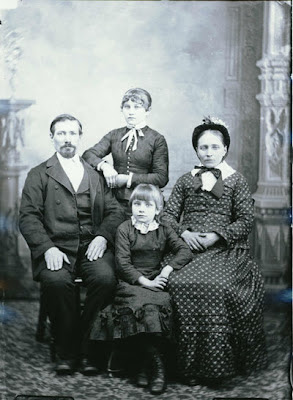 Daniel Schaffer was born in 1860 to German immigrants. He married Augusta Miller about 1887, and they had two daughters, Emma and Rena. Augusta Schaffer became an invalid in her later years, and Daniel cared for her. Daniel Schaffer died on January 12, 1944, and Augusta passed away only thirteen days later. Emma Schaffer Bremer was the mother of Florence Bremer, who married Dr. Lester Parker, a well known Sandusky physician and school board member.
Posted by Sandusky Library Archives Research Center at 11:37 AM 1 comment: 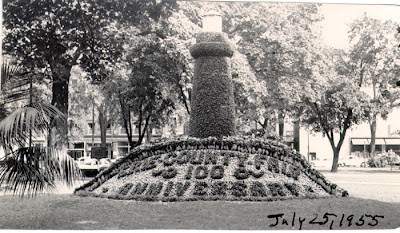 (No, we didn't get a mound in Washington Park, but here's one for the Erie County Fair.)


It was one year ago, on June 6, 2006, that we posted our first entry on a local history topic on the Sandusky History blog. (Appropriately, it was a brief history of the Sandusky Library and its predecessors.) We hope that you have enjoyed the blog; we have enjoyed presenting it, and hope to continue it for a long time.


If you have any comments or suggestions about the blog, please feel free to contact us, through the comments link. Thanks for reading!
Posted by Sandusky Library Archives Research Center at 1:54 AM 1 comment: