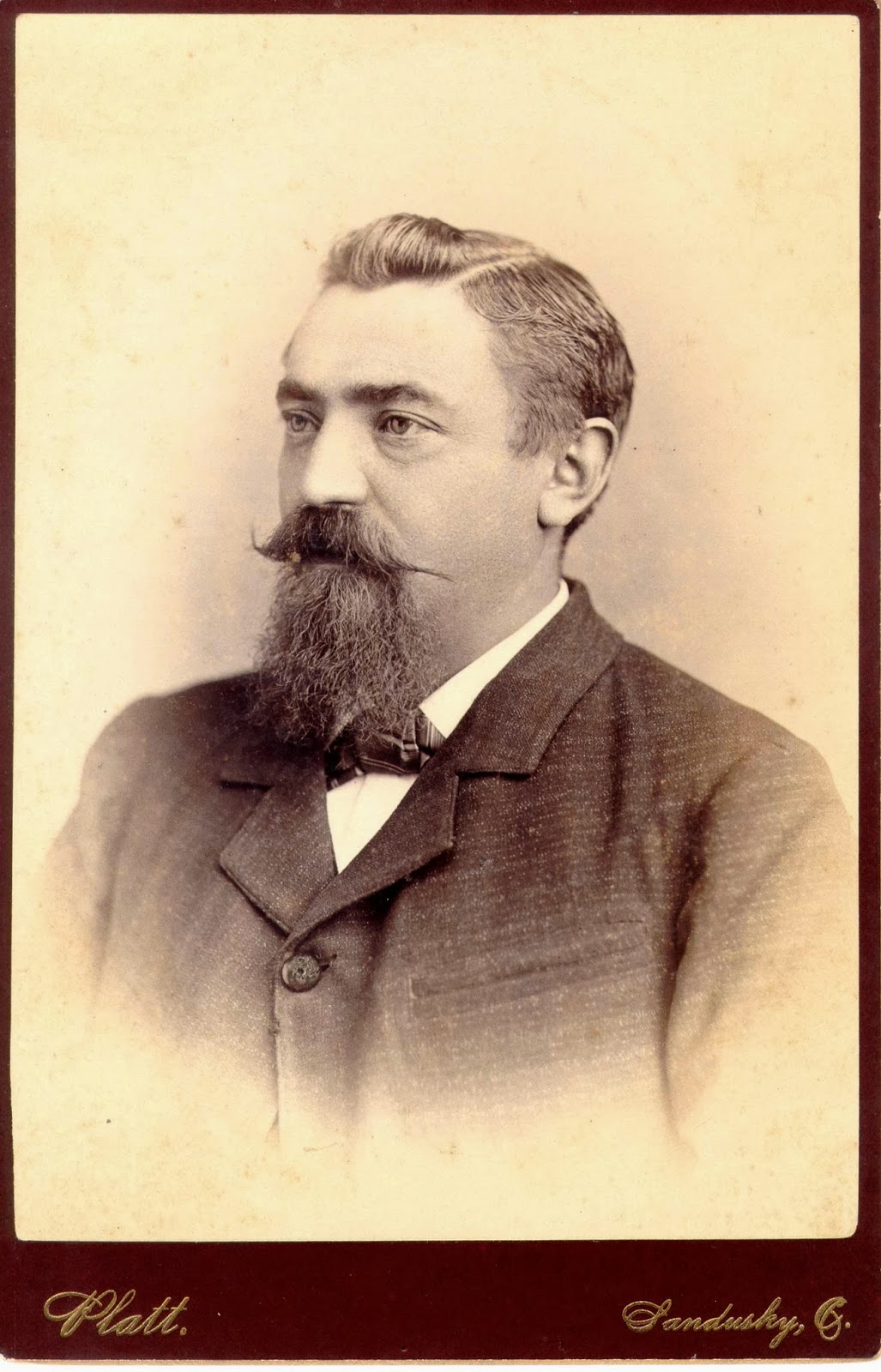 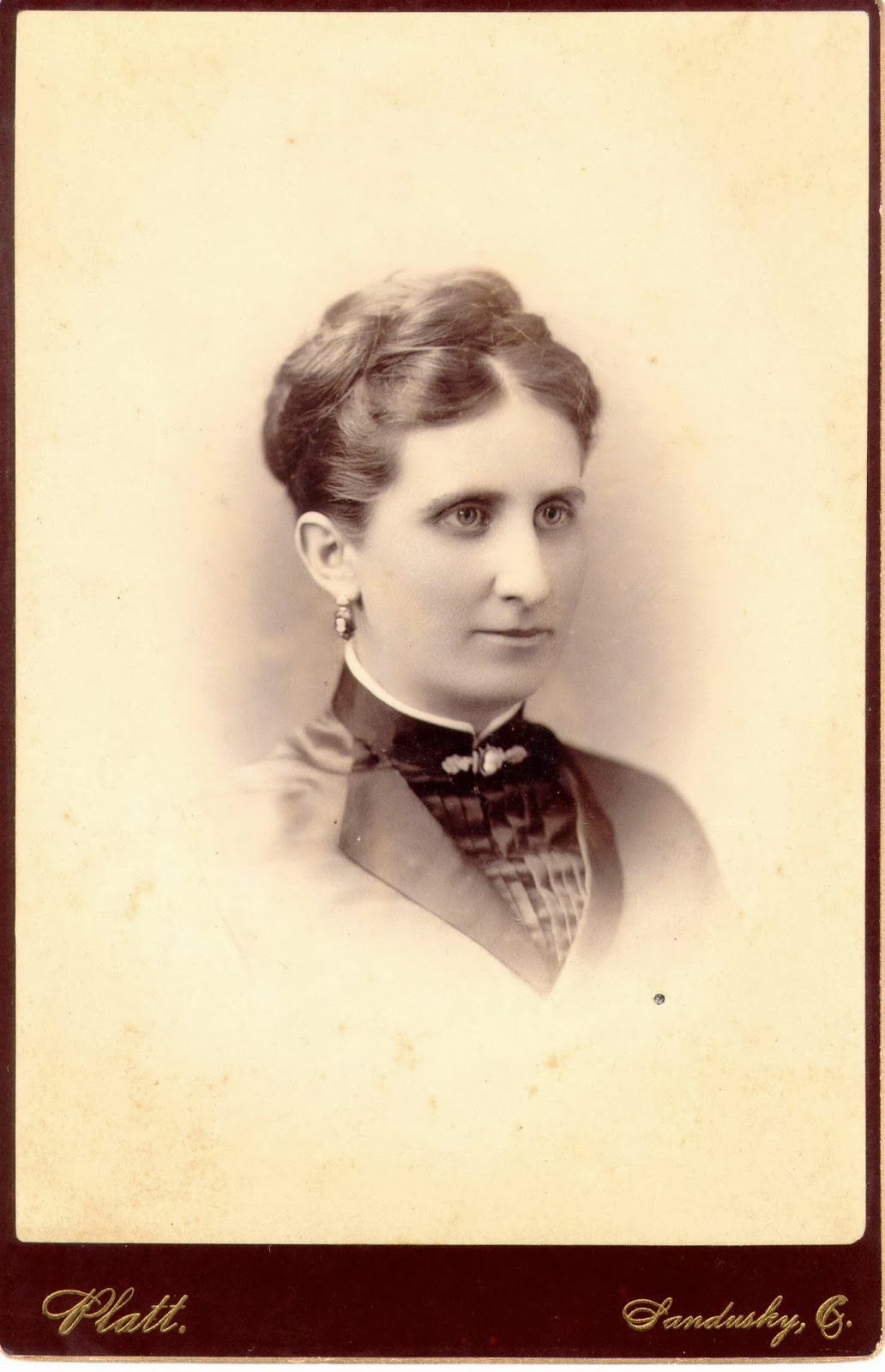 Mr. and Mrs. Schoenemann had a large family of seven children.  William F. Schoenemann died at the age of 51 on December 21, 1902, after suffering a stroke. An obituary for Mr. Schoenemann, which appeared in the December 22, 1902 issue of the Sandusky Register, stated that the news of his death brought much regret. He was “well known, beloved, and highly respected by all who knew him.”  Besides his many business ventures, Mr. Schoenemann had been a director of the Wagner Lake Ice and Coal Company, the Erie County Investment Company, and the Citizens Banking and Trust Company, and was a member of the Ogontz Lodge of the I.O.O.F. He was survived by two sons and five daughters.  Mrs. Louise Biglin Schoenemann (sometimes spelled Schoeneman) died on April 4, 1953 at the age of 95. At the time of her death, Mrs. Schoenemann had been the oldest living member of . Her obituary appeared in the April 6, 1953 issue of the Sandusky Register Star News.
Posted by Sandusky Library Archives Research Center at 10:31 AM No comments: 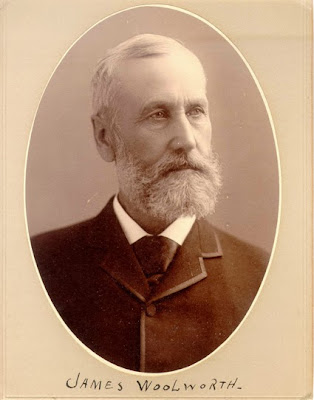 James Woolworth was born on May 4, 1824 in Westfield, Massachusetts to Chester and Chloe (Lewis) Woolworth. He came to Sandusky in 1852, and in 1854 he founded the Woolworth Handle Works, manufacturing handles for axes and other tools. An article from volume 11 of Wood Craft said about James Woolworth: “His business was well managed and he was very successful. In a few years the name of James Woolworth was known in all the handle markets of the world. He managed his business with great ability and he undoubtedly was the most active and progressive and largest manufacturer during his active connection with the business.”  For several years, James Woolworth’s brother Chester Woolworth was also associated with the Woolworth handle factory. 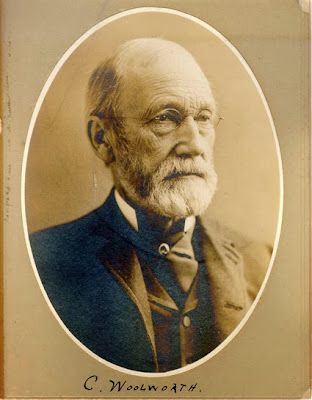 During the Civil War, the demand for handles increased and prices increased as well. James and Chester Woolworth paid careful attention to business, and the profits for the company were great. After the war, however, on October 18, 1872, the Woolworth Handle Works was destroyed by fire. A lengthy article in the June 26, 1873 issue of the Sandusky Register described the new factory, which had been rebuilt.  The article reported that the new Woolworth Handle Works factory was “an imposing substantial three story stone structure, with a slate roof and iron cornice and as far as possible proof against the fiery element.” The main part of the factory was 175 by 41 feet, and 35 feet in height. The machine shop was in a separate building. Twenty-five saws were constantly in use, manufacturing wooden implements. A three foot gauge railway connected the machine shop to the south side of the building, and to  the dock fronts on the north. Wood scraps from the factory were deposited in a wood yard, and delivered to various locations in Sandusky for use as fuel. Between the local Woolworth factory and the branch operation in Mound City, Illinois, the company employed 110 men in 1873. The Register article concluded by saying that, “the enterprise manifested by Mr. Woolworth under the recent difficulties is commendable and establishes the reputation he has always sustained as thorough business man and worthy citizen.” 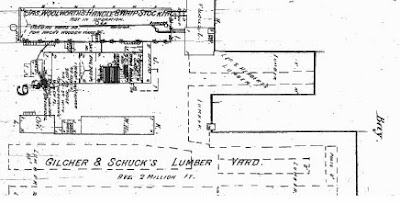 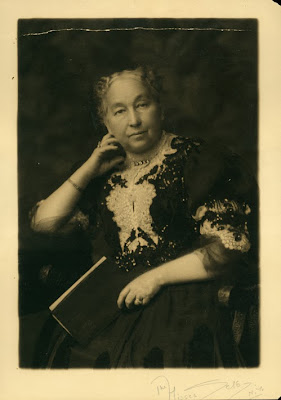 Stop by the quiet reading room at the Sandusky Library to see the ornately carved bookcase donated by Mrs. Woolworth.
Posted by Sandusky Library Archives Research Center at 9:45 AM No comments: 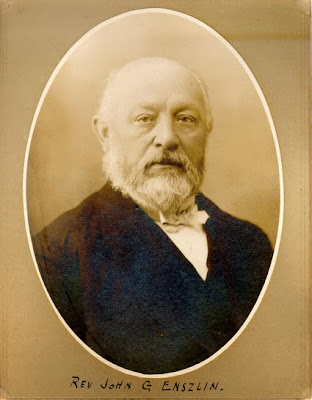 According to his death certificate, John George Ensslin was born in , on September 9, 1840 to and Mary Ensslin. Rev. Ensslin’s surname was spelled many different ways through the years, including Enszlin, Enslin, and Ennslin. After studying for six years at the Mission Institute at Basil, Switzerland, John G. Ensslin was ordained in 1868. In that same year Rev. Ensslin emigrated to the United States. After serving as a minister at two different churches in Michigan, Rev. Ensslin began his ministry at ’s Emmanuel Church on May 1, 1876. 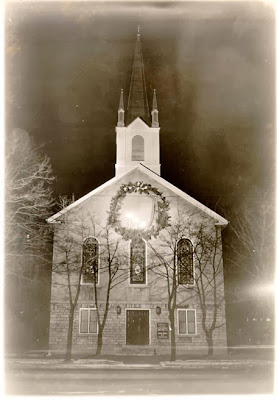 Rev. Ensslin served as the pastor at Emmanuel Church for over thirty five years, officiating at many baptisms, funerals, weddings, and confirmations. Due to declining health, he resigned from active ministry in January of 1912. At that time he was the oldest active member of the clergy in Sandusky, Ohio. For eleven years, Rev. Ensslin also had charge of St. John’s Evangelical Church in Oxford Township. On January 6, 1914, Rev. John G. Ensslin died at his Jackson Street home in Sandusky. He was survived by three daughters and three sons. Mrs. Ensslin had predeceased him in 1910. Funeral services for Rev. Ensslin were held on Friday, January 9, 1914, at Emmanuel Church, under the direction of Rev. Theo. Eisen. Several clergymen from other cities were also in attendance. Burial was at Sandusky’s Oakland Cemetery.
Posted by Sandusky Library Archives Research Center at 9:31 AM No comments: 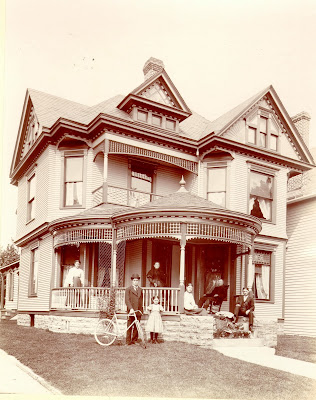