Three Churches at the Intersection of Columbus Avenue and Jefferson Street 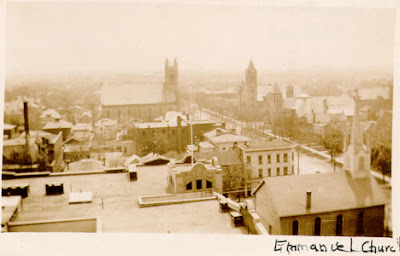 In this aerial view of Columbus Avenue, taken around 1920, one can see the three churches located at the intersection of Columbus Avenue and Jefferson Street. (The church steeple in the right foreground of the picture is Emmanuel Church.) The oldest of the three churches at this intersection is Saints Peter and Paul Church, located at the southeast corner of Columbus Avenue and Jefferson Street. According to the Dictionary of Ohio Historic Places, Saints Peter and Paul Church (below) was built of limestone in 1865 by Patrick Charles Keely in the Victorian Gothic style. The triple windows in the tower and the three front doors are reflective of the Trinitarian theme often used by Keely. 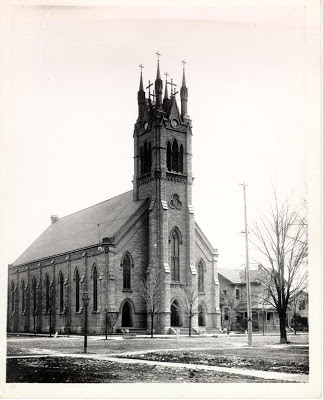 The First Congregational Church was built in 1895 by George Philip Feick in the Romanesque Revival style of architecture. Tiffany glass is featured in this two story church, located at 431 Columbus Avenue. 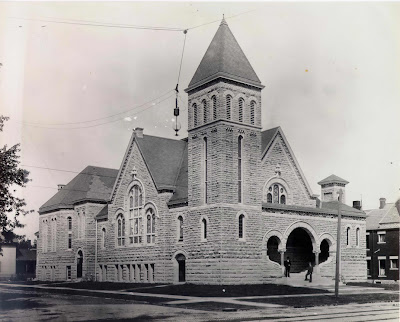 George Feick was also the builder of Zion Lutheran Church, built in 1898-1899 at the southwest corner of Columbus Avenue and Jefferson Street. The church was built from limestone in the Victorian Romanesque style. Many early German immigrants worshipped at this church, whose congregation formed in 1847. Well into the twentieth century, there was a German language service held here every Sunday. Zion Lutheran Church served as a mother church for several other Lutheran churches in the area. 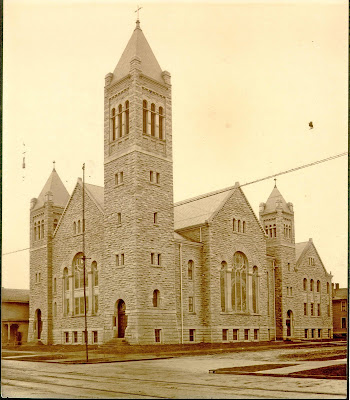 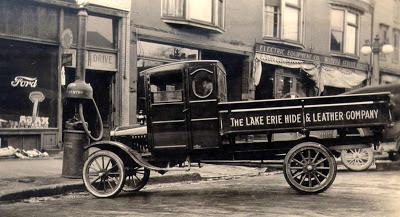 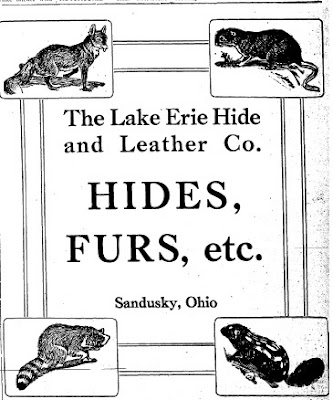 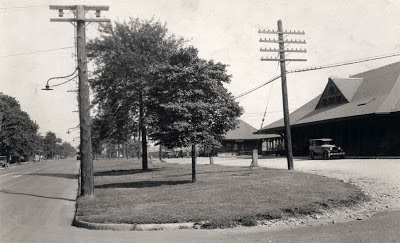 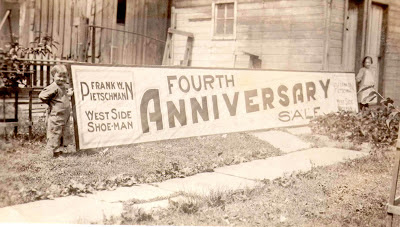 Two youngsters are pictured above with a banner advertising an anniversary sale for Frank W. Pietschman, who was known as the “west side shoe-man.” Pietschman’s Shoe Store was located for several decades at the same location in Sandusky, at 417 Tiffin Avenue. The Twin Anniversary Edition of the Sandusky Register and Star News, from November 24, 1947 featured a full page advertisement for Pietschman’s Shoes. 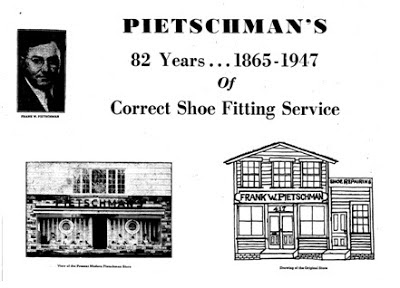 The article stated that Frank Pietschman, a Civil War veteran, had first established a small shoe shop at 417 Tiffin Avenue in 1865. The original shop was a two story building with two rooms on the first floor and an apartment on the second level. Boots and shoes were custom made by six cobblers who were skilled in the art of shoe making. Frank Pietschman’s son William took over the shoe business in 1896. Though by this time, most people purchased ready-made shoes, one cobbler remained on staff for custom shoe orders. At the end of World War I, William’s son, who was named Frank William Pietschman, took over the family business. Young Frank W. Pietschman had served as an apprentice under his grandfather, and he had learned how to make shoes for individuals with deformed feet. In the year 1947, Frank W. Pietschman had been fitting people with corrective shoes for forty five years. Frank W. Pietschman passed away in October of 1979. Pietschman’s Shoes continued in operation, with the next generation of Pietschmans at the helm, for several years. Pietschman’s Shoes went out of business in the mid 1990s, but for decades it was known as one of the oldest and most outstanding shoe stores in northern Ohio.
Posted by Sandusky Library Archives Research Center at 9:51 AM 2 comments: 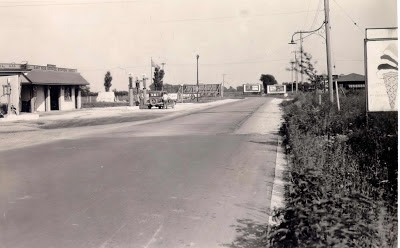 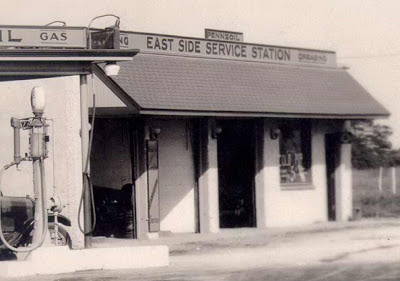 An advertisement which appeared in the November 21, 1928 issue of the Sandusky Register stated that the East Side Service Station offered Sandusky’s first enclosed drain pits. The staff specialized in greasing and crank case draining. High test gasoline was sold at the station. 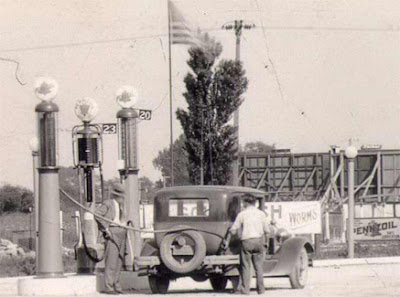 An advertisement featured in the August 3, 1929 Sandusky Star Journal stated that the East Side Service Station was open all night. The station provided restrooms for travelers, and sold refreshments. A newspaper article in the November 18, 1930 issue of the Sandusky Star Journal, reported on Sheriff John W. Parker’s flight from Sandusky to the State Penitentiary. On November 17 Sheriff Parker transported two prisoners from Erie County to the penitentiary aboard a Stinson four passenger airplane. John W. Parker served as Erie County Sheriff from 1928 to 1932.  While he was still the sheriff-elect, Parker stated that he would only use one of his planes when it was deemed necessary in the line of duty in the Sheriff’s office. In 1924, John W. Parker and his brother Lucius G. “Lute” Parker started an airplane club in Sandusky. They started a flying school in 1928, and they were instrumental in starting Sandusky’s first airport. From the 1950s through the 1970s, John W. Parker was the Commandant of the Ohio Soldiers’ and Sailors’ Home, now known as the Ohio Veterans Home. John W. Parker died on December 7, 1987. He was a veteran of both World War I and World War II. Mr. Parker was survived by his wife, three daughters, a son, and several grandchildren and great grandchildren. To learn more about Erie County’s elected officials, see Patty Pascoe’s book, Elected to Serve, available at the Sandusky Library.
Posted by Sandusky Library Archives Research Center at 2:05 PM No comments: 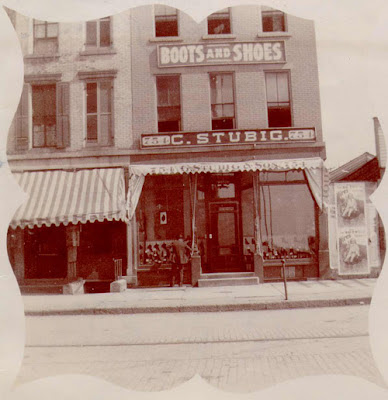 According to History of Erie County, Ohio, edited by Lewis Cass Aldrich, Christian Stubig began manufacturing and selling shoes and boots in Sandusky, Ohio in 1866. Born in Nassau, Germany, Christian Stubig came to the United States in 1861. During the Civil War, Christian Stubig served with the Hoffman Battalion, where he guarded prisoners at Johnson’s Island. Stubig’s shoe store was located at 228 West Washington Street in downtown Sandusky. 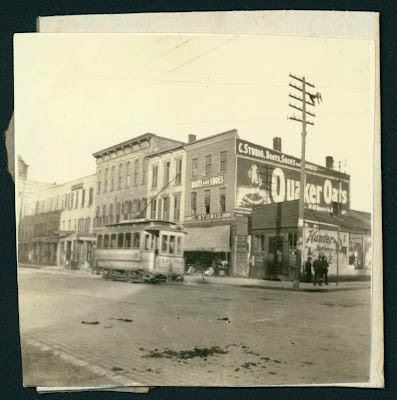 In the 1890s Christian’s son, William O. Stubig, began working with his father at the Stubig’s shoe store, and William took over the business after his father’s death in 1904. Several employees of Stubig’s shoes can be seen in the 1910 picture below. 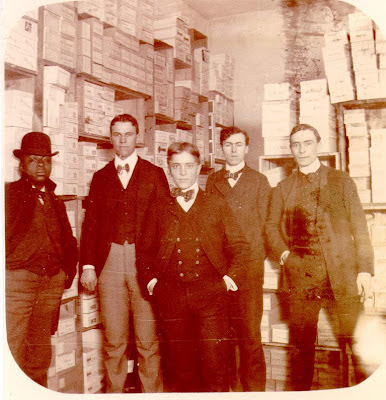 William O. Stubig died on November 15, 1956. An obituary for Mr. Stubig, which appeared in the November 17, 1956 issue of the Sandusky Register Star News stated that William O. Stubig had been one of Sandusky’s oldest and best known businessmen. Visit the Sandusky Library Archives Research Center to see more documents, photographs, and other primary resources related to the Stubig family.
Posted by Sandusky Library Archives Research Center at 10:00 AM No comments: 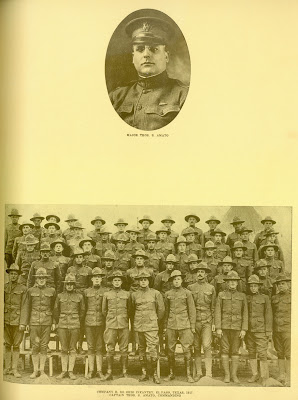 Thomas S. Amato was born in Sicily, Italy in 1880. When he was fourteen years old, he came to the United States, and he settled in Sandusky, Ohio. In 1901 he enlisted in Company B, Sixth Infantry of the Ohio National Guard, and was promoted from private to the rank of Sergeant. While with this unit, he did guard duty at the funeral of President William McKinley in Canton in 1901. In 1914 Amato was named captain of the unit. From 1916 through 1917, he served as a guard on the Mexican border and in other parts of the United States.  During World War I, Captain Amato was transferred to the 148th Infantry at Camp Sheridan. Later he was assigned to Camp Gordon, Georgia. He was commissioned Major on September 14, 1918. Amato was assigned to the 5th Training Battalion in Camp Meade, Maryland, and was in charge of commanding the discharge division of the demobilization group. Major Thomas S. Amato was honorably discharged on May 23, 1919. After completing his military service, Major Amato was influential in seeing that the Erie County edition of the Honor Roll, 1917-1918 was published. This book features pictures and biographical sketches of those who served during World War I, along with information about the individuals who contributed to the war effort on the home front. (The image above is from this publication.)

On October 23, 1921, Thomas S. Amato died at the Marine Hospital in Cleveland, Ohio, following a surgical procedure. He was survived by his wife, three daughters, a son, two brothers, and a sister. He was buried with full military honors at Sandusky’s Oakland Cemetery. 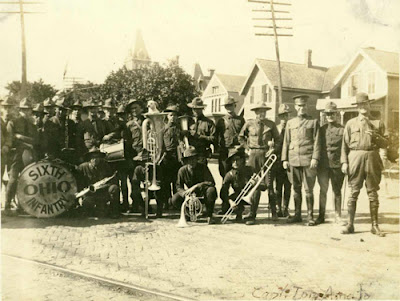 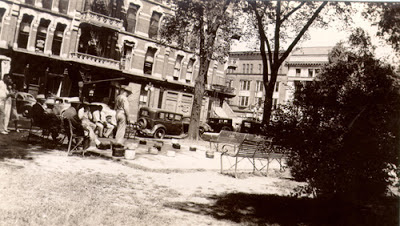 In the 1930s and 1940s, a giant checkerboard was located in , close to where the red popcorn wagon now is situated. According to an article in the May 11, 1964 issue of the Sandusky Register, the checkerboard was erected through the efforts of Bernard McGory, when he was the president of the National Checkers Association. The facility was popular with both local and residents and tourists visiting . The checkerboard was constructed out of concrete, and the squares were about twelve inches square. The checkers, also made from concrete, had a metal loop on the top, and players used a hook to move the checkers. When John Glenn, Sr., father of the astronaut, visited in March of 1964, he was sad to learn that the giant checkerboard had been dismantled several years ago.
Posted by Sandusky Library Archives Research Center at 1:54 PM No comments: 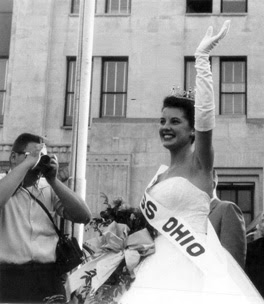 In the fall of 1962, Sandusky welcomed home the newly crowned Miss America, 1963 Jackie Mayer! Revisit those exciting days and take a look at some original artifacts and photographs from the collections of the Follett House Museum and Sandusky Library Archives. Join us at the library, as our very special guest will be “Miss America” herself, Jackie Mayer! Registration is not required.
Posted by Sandusky Library Archives Research Center at 8:58 AM No comments:

Charles E. and George A. Cooke 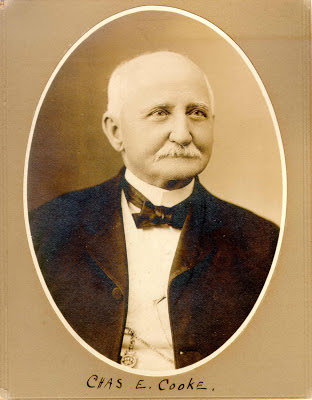 Charles Eddy Cooke was born about 1828, in Milan, Ohio to Augustus and Mary (Eddy) Cooke. After the death of his father, he lived with his maternal grandparents, Mr. and Mrs. Roswell Eddy, who were pioneer settlers of Erie County. Charles E. Cooke studied medicine briefly with Dr. Tilden. Not finding himself suited to the practice of medicine, he became a clerk in the dry goods store of Edward Everett. After learning about the dry goods business, Charle E. Cooke saved enough money to start his own dry goods store. By the mid 1860s, Charles E. Cooke and his younger brother George A. Cooke were operating a dry goods store at the northwest corner of Water Street and Columbus Avenue. 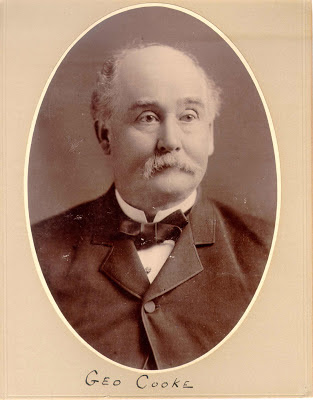 In 1866, the large building known as the Cooke Block, at the northeast corner of Columbus Avenue and Market, was purchased by the Cooke brothers. After a time, the Cooke brothers got out of the dry goods business, and devoted their time to looking after their property interests. 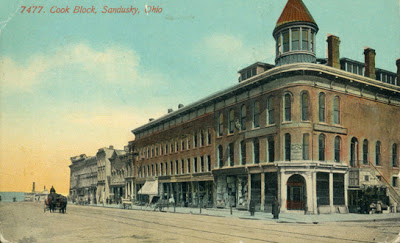 Aerial View of the Sandusky Plaza in 1956 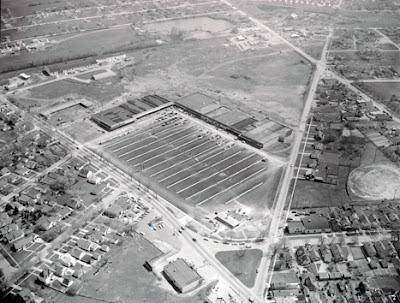 Tom Root took this aerial picture of the Sandusky Plaza, located off Cleveland Road West, just east of Sycamore Line, on May 3, 1956, before it was opened. The Sandusky Plaza was formally dedicated on Thursday, November 1, 1956. Mayor Richard Fuller cut the ribbon, and he called the shopping center “a great asset to the community, and service to the citizens.” Several stores had free treats and samples during Opening Week. There was a drawing for a number grand prizes, which included one thousand dollars in cash, a 17 inch Philco television set, a shotgun, three bicycles, and several appliances. Free entry blanks to be entered into the drawing were distributed by these stores, all located in the Sandusky Plaza: Howard Johnson’s, Pick-n-Pay, Sloane Bar and Grill, Lee’s Barber Shop, Cleveland Fabric Shop, Plaza Hardware, Sterling Carpet, F.W. Woolworth Co., Norman Shoe Store, Zucker’s Store for Men, the Cohn Store, W.T. Grant Co., Thom McCan, Van’s Clear Sylk, Plaza Meats, Gray Drug Store, Moore’s Store, French Tex Cleaners, and Kroger’s. A circus monkey made an appearance, and there were free bus rides to the new Sandusky Plaza. The parking lot of the new plaza offered free parking for 1,200 cars. 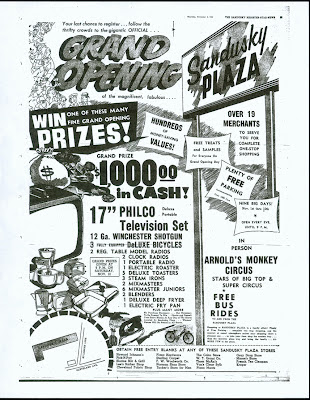