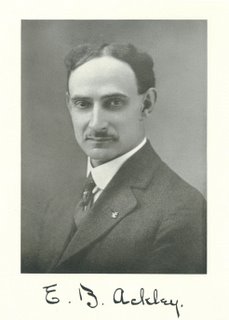 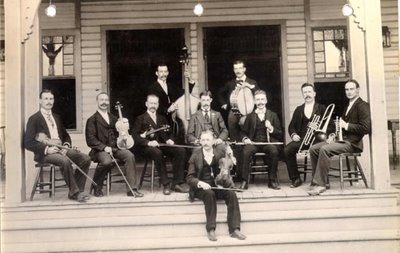 E.B. Ackley married Ida Frohman in 1904. For many years, he ran a successful billiard parlor equipped with twelve tables. At the time of his death in 1957, he was the chairman of the board of the Western Security Bank. He is buried at Oakland Cemetery.
Posted by Sandusky Library Archives Research Center at 10:07 AM

My father, Cyril Daniel (1896-1961) played the drums in Ackley's Band in the 1910's. Those drums were stored in the attic of our house on Fifth Street when I was a boy. Ed Daniel Rockville, MD