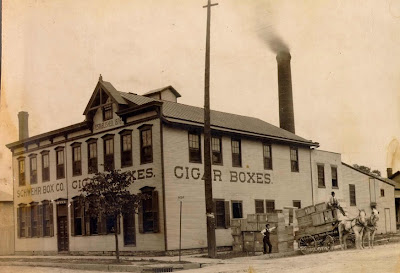 Back in the days when it seemed like nearly everyone smoked (long before the Surgeon General's report), cigar manufacturing was a major industry in Sandusky. An article in the January 30, 1904 issue of the Sandusky Evening Star reported that nearly three million cigars a year were produced in Sandusky! Eighteen factories in the city produced these cigars, employing about 175 workers. The article went on to note that "Sandusky stands second to Tiffin, where there are several big factories which make stogies. Sandusky has no stogie factories." 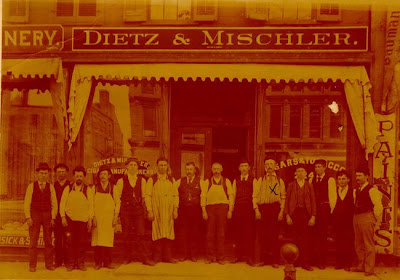 Many of the factories had their own retail stores. The Dietz & Mischler company, shown above, was at 224 Columbus Avenue. They might be best known for the statue of Puck holding a bundle of cigars in the store window. The Henry Ritter & Sons store, at 139 Columbus Avenue, had a wooden statue of Punch outside its door to entice customers. Both Punch and Puck can been seen today in the Follett House Museum.

Here is a view of activity at the Ritter factory in 1903: 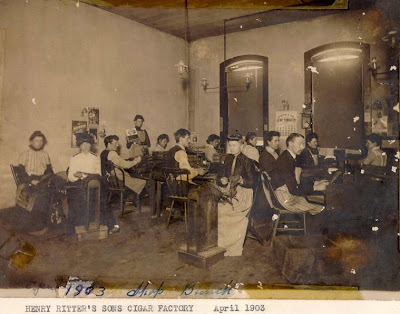 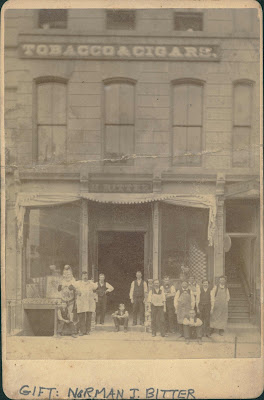 And here are members of the Cigar Makers International Union, Sandusky Local, in 1905: 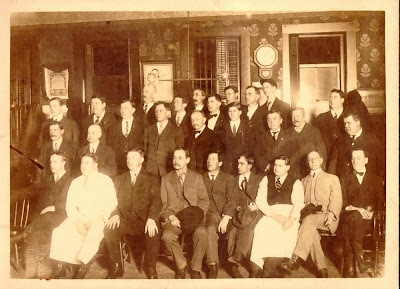 Posted by Sandusky Library Archives Research Center at 9:58 AM