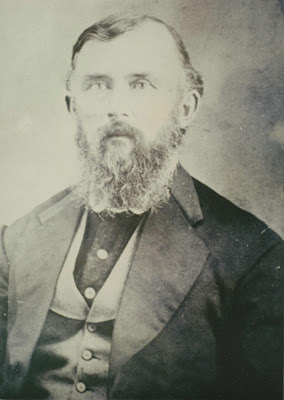 Louis Zistel was born in Germany in 1830, and came to the Sandusky in 1848 (during the time of revolutionary upheavals in Europe). Because of the cholera epidemic of 1849, he went back to Germany for a time, but returned to Sandusky in the mid 1850s. His first wife was Anna Rosenkranz. The couple’s first two children, Oscar and Louis, were born in Germany. Louis died in infancy. After moving to Ohio, they had several more children: twins Ottomar and Oswald, Wilhelmina, Herman and Hedwig. Mrs. Anna Zistel died in 1877, when several of the children were quite young. On May 12, 1879 Louis married Catherine Peters, whom the Zistel children fondly called “Grandma.”

Several members of the Zistel family are pictured below. The Platt Photograph Company made a stereographic image of the Zistel residence and boatyard. 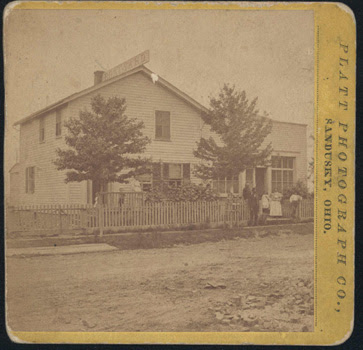 According to an article in the March 7, 1899 issue of the Sandusky Register, Louis Zistel owned the first steam fishing tug in Sandusky Bay. He was connected with boats and fishing for many years. During the Civil War, he was issued a government contract to transport Confederate prisoners to the Union prison camp at Johnson’s Island. One of his steamers was named the Young Reindeer. In 1870, Zistel ferried Sandusky residents to Cedar Point, where there was a bath house, sand boxes and swings for children, and dancing for adults. The fee for the boat ride was twenty five cents. 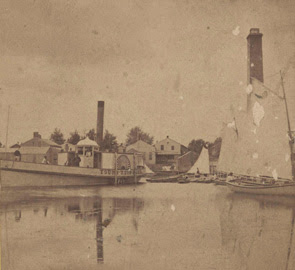 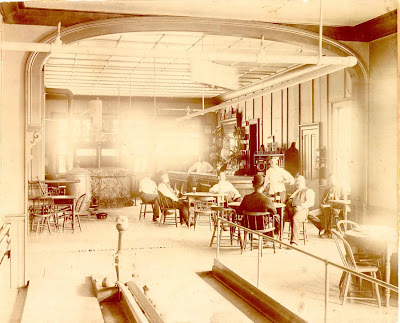 Louis Zistel died on March 3, 1889, after a long battle with throat cancer. His four sons served as active pallbearers. Funeral services were held at the Zistel residence at 319 Meigs Street, and were largely attended. The Sandusky Register reported, “Old German citizens, whose ranks are being so rapidly depleted, paid their tribute to their deceased friend and fellow citizen.”

In the Sandusky Library Archives Research Center are The Reminiscences of Herman Zistel and The Childhood Memories of Hedwig Zistel, two of the children of Louis Zistel. These reminiscences are a firsthand account of growing up in Sandusky in the nineteenth century. They include stories about the loss of their mother, family pets, childhood pranks, and favorite pastimes of members of a very lively family. Ask at the Reference Desk if you would like to view The Reminiscences of Herman Zistel or The Childhood Memories of Hedwig Zistel.
Posted by Sandusky Library Archives Research Center at 8:39 AM

thanx for sharing i love it...