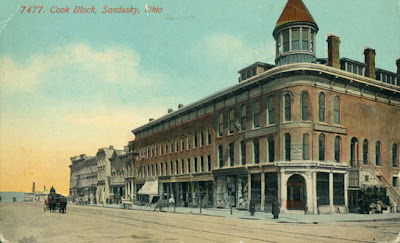 Sandusky’s Cooke Block, at the northeast corner of Columbus Avenue and Market Street, has been in existence since the 1850s. Ellie Damm wrote in Treasure by the Bay that the north section, known as the Union Building, was built first, along Columbus Avenue. Wildman Mills erected a large building at the corner of Columbus Avenue & Market Street, and he sold the building to Charles E. and George A. Cooke in 1866. In about 1876 the Cooke Block and the former Union Building were consolidated. Sandusky city officials met in the Union Building and the Cooke Block in the early days of the city’s history. From 1882 until 1899, the Melville Brothers ran a wholesale and retail drug business in the main corner building of the Cooke Block. Josh B. Davis and J. H. Wagenet were insurance agents in the upper levels of the building. When the men of Company B returned home from the Spanish American War, a huge parade in downtown Sandusky welcomed them home. 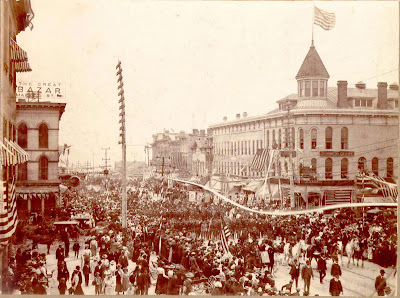 By 1908 the Commercial National Bank was the main business in the corner building of the Cooke Block. A variety of other businesses were located in the Cooke Block, including insurance and real estate agents, lawyers, doctors, restaurants, and retail stores. 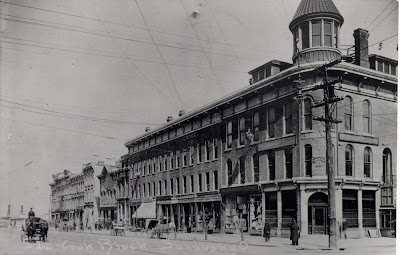 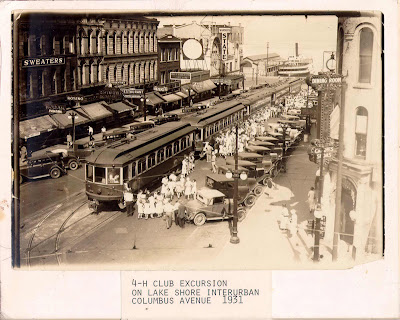 At the time of the Northwest Territory Celebration Parade in 1938, Walgreen’s Drugstore was located at 172 Columbus Avenue, where Martin’s had formerly been in business. 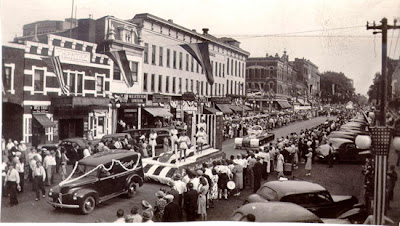 Holzaepfel Brothers Sporting Goods was at the northeast corner of Columbus Avenue and Market Street from the 1960s to the 1980s. More recently, antique shops have been located at this address. The street numbers have varied slightly through the years on Columbus Avenue and Market Street, and businesses have changed hands numerous times. Check the historical Sandusky City directories for the names and addresses of specific businesses that have been located in the Cooke Block through the years. Article 51 of From the Widow's Walk, Volume II, by Helen Hansen and Virginia Steinemann provides a concise history of the east side of the first block of Sandusky’s Columbus Avenue.
Posted by Sandusky Library Archives Research Center at 2:46 PM

The Cooke building reportedly had to be torn down recently due to its structure being unstable, and it was unfortunately too far gone to be saved. A new structure that will somewhat resemble the Cooke will be built in 2021, though.

Aside from that, these black and white pictures are nice.