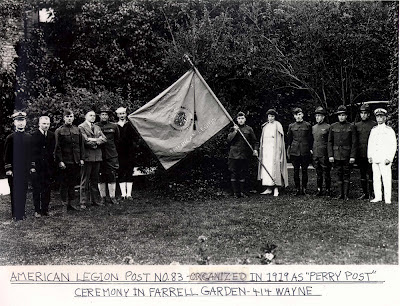 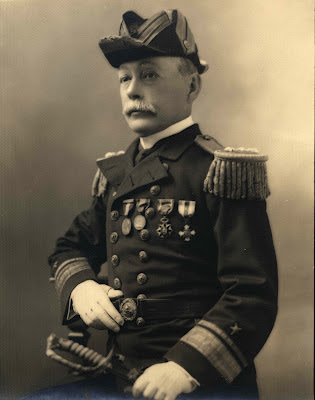 Commodore Robert G. Denig had a long and successful naval career. He graduated from the United States Naval Academy in 1873. Commodore Denig participated in a military expedition in Mexico in the 1870s, and later served in the Spanish American War. During World War I, Commodore Denig was an inspector of naval war materials. You can read a brief biography of Commodore Robert G. Denig, along with the biographies of several other World War I veterans, in the Erie County Edition, Honor Roll of Ohio, 1917-1918, housed at the Sandusky Library. Inquire at the Reference Services desk for more information.
Posted by Sandusky Library Archives Research Center at 8:00 AM