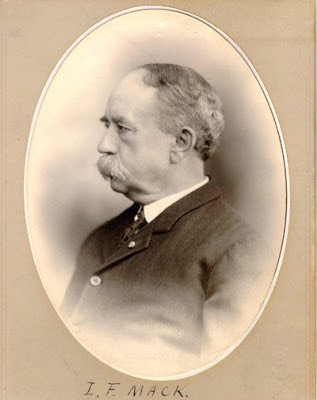 Isaac Foster Mack, Jr. was born in Monroe County, New York on August 1, 1837. He moved with his family to Decatur, Wisconsin in 1848. While attending school at Oberlin College, Mack enlisted in Company C of the Seventh Ohio Infantry. At the battle of Cross Lanes, West Virginia in 1861, Mack was taken prisoner. He was imprisoned at Libby Prison in Richmond, Old Parish Prison at New Orleans, and also at Salisbury, North Carolina. After the war, I.F. Mack, Jr. returned to Oberlin College and completed his education. He read law in Janesville, Wisconsin, and practiced law for a short time. He became associated with the Broadhead Independent newspaper in Wisconsin, and then he moved to Washington D.C. where he worked as a correspondent for several Chicago newspapers. In March, 1869, Mack moved to Sandusky, Ohio where he purchased a half interest in the Register. After two years, he became the sole proprietor of the newspaper. In 1874, his brother John T. Mack joined him as a partner in the Register. This partnership continued until 1909 when Isaac F. Mack retired due to failing health. I.F. Mack, Jr. was a charter member of the Western Associated Press, which went on to become the Associated Press. It was largely due to the efforts of Isaac F. Mack, Jr. that the Ohio Soldiers' and Sailors' Home was located in Erie County, Ohio. The Ohio Veterans Home Museum is now housed in the I.F. Mack Building on the grounds of the Ohio Veterans Home. 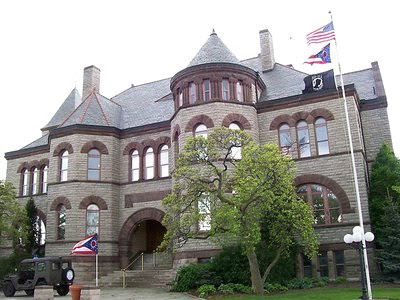 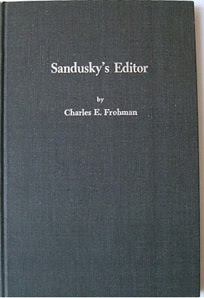 Posted by Sandusky Library Archives Research Center at 8:32 AM