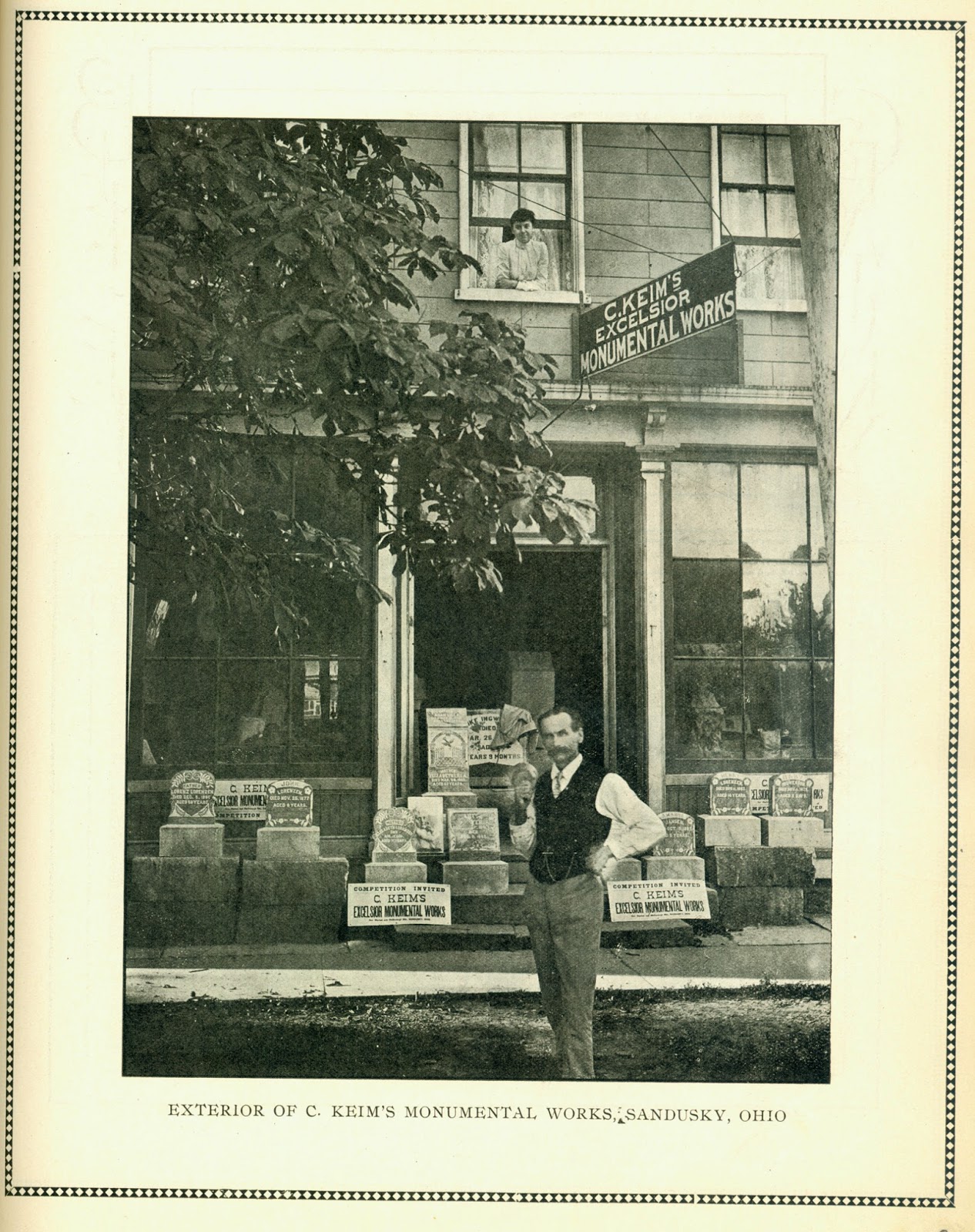 Conrad Keim was the proprietor of C. Keim’s Monumental Works in from 1902 until his death in 1927. The monument business was located at the southeast corner of Market and McDonough Streets. Prior to moving to , Mr. Keim had also been a marble sculptor in . One of the first tombstones he made was the monument he created for Jacob Horner, who was the founder of the in . Mr. Keim was a survivor of the Johnstown Flood of 1889. Conrad Keim opened his home to house and feed other survivors of the flood, even though he himself lost most of his possessions in the disaster.

Tombstones made by Conrad Keim can be seen throughout . The head of an angel adorns the tombstone which Mr. Keim made for Constance A. Fleming who died in 1914. This monument can be seen at ’s . 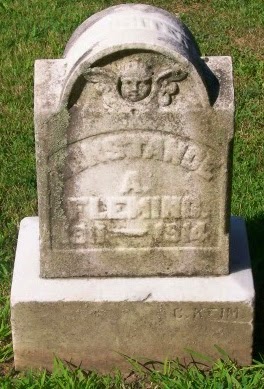 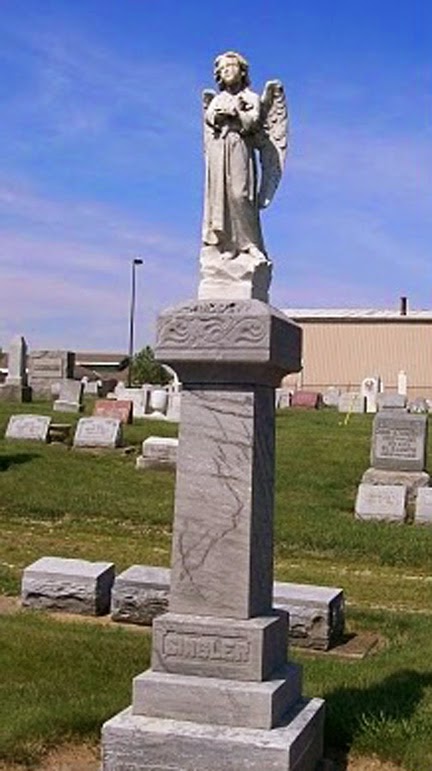 Christ on the cross is the focal point of the Bauman monument at the . 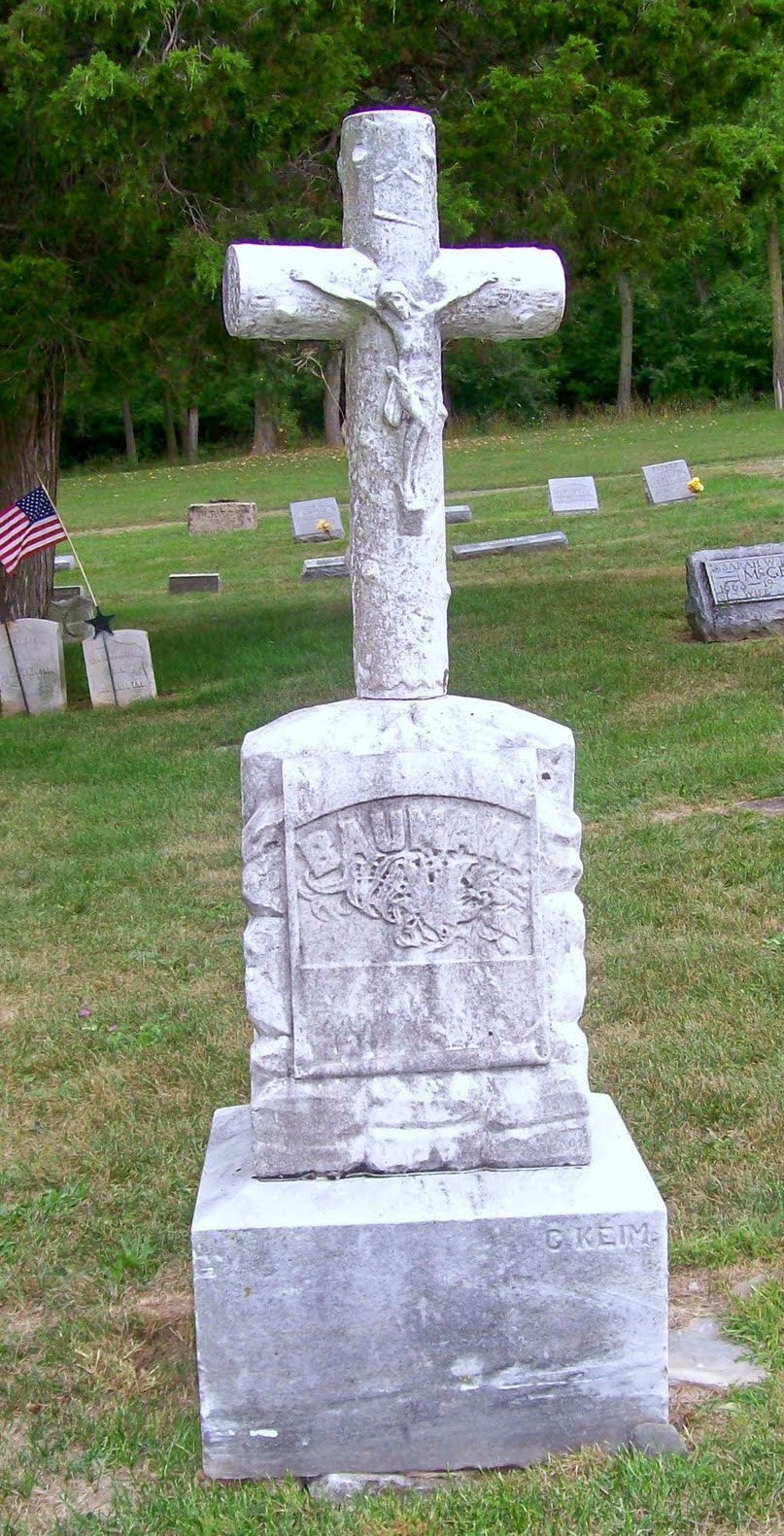 Mr. Keim was apparently quite confident in his workmanship. In an ad which appeared in the January 8, 1911 issue of the Sandusky Register, he stated, “Monuments and tombstones free of charge if they can be equaled in design, beauty or workmanship manufactured by C. Keim.” Conrad Keim passed away on January 12, 1927, at the age of 66. He had been in failing health for three years. Mr. Keim was survived by his wife Elsie, and a daughter, Mrs. Walter Erly, of . Mr. Keim was buried in section G of Oakland Cemetery.  A lovely angel adorns the top of the Keim monument. 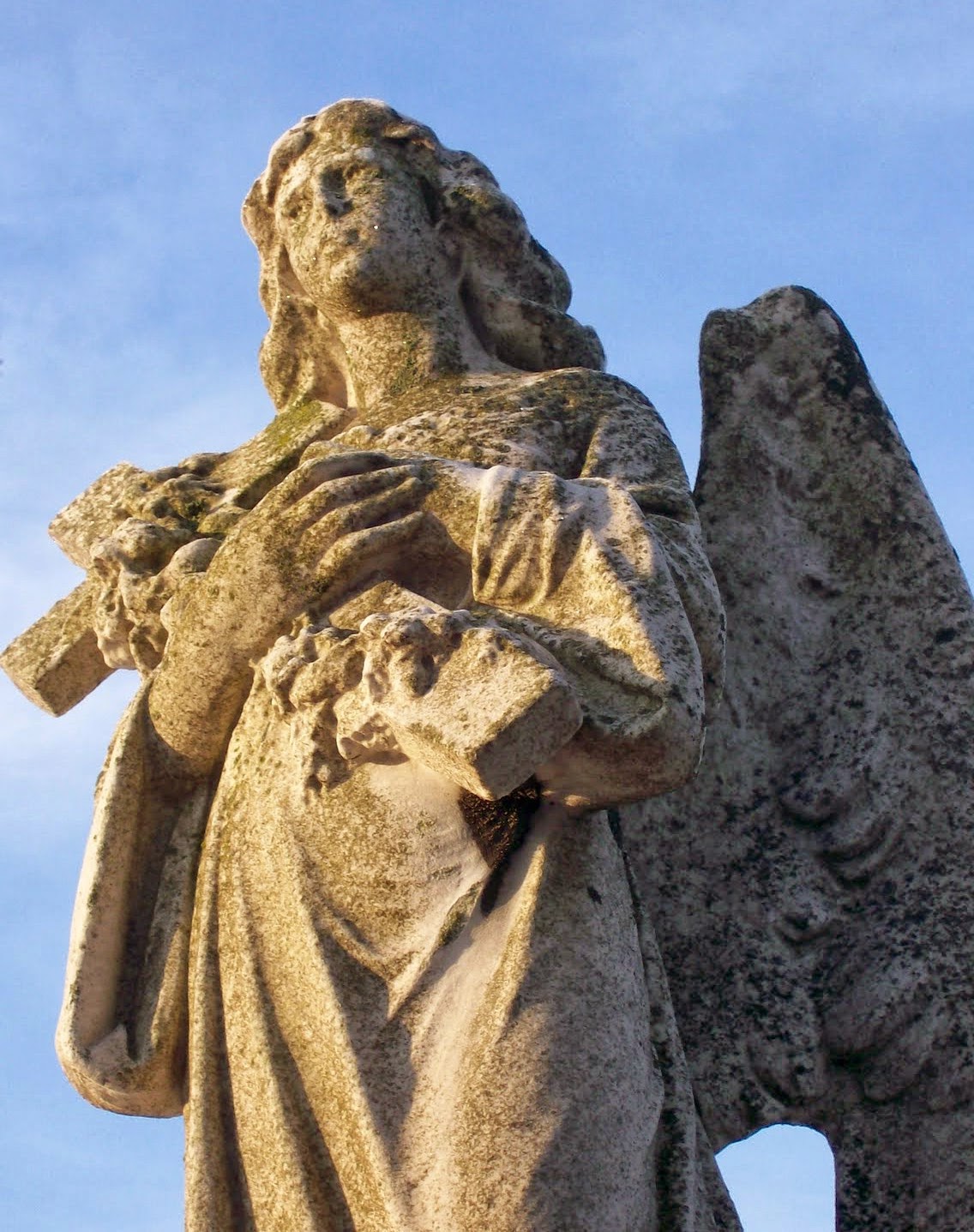