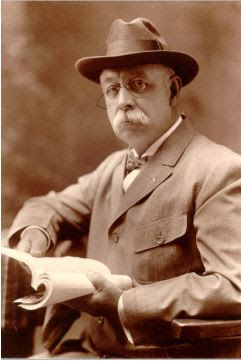 In 1879, he married Caroline Mackey Lea, the daughter of James Davis Lea, a Sandusky businessman. She was known as “Carrie.” The couple was married by Rev. Josiah Strong at the Congregational Church. A reception was held at the home of Mr. and Mrs. Lea on Wayne Street, where the Great Western Orchestra provided musical entertainment. The couple left on the evening train for a trip touring the Southern United States. Upon their return, the newlyweds lived at a lovely home at the corner of Washington and Franklin Streets. 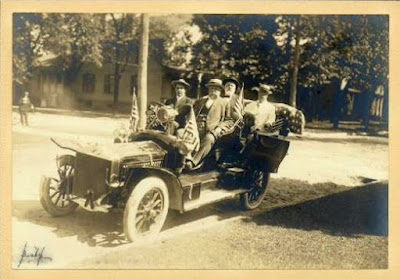 Edward H. Marsh died on December 17, 1921. On the day of his funeral, which was held at Grace Episcopal Church, the entire U.S. Gypsum Co. closed down, in respect of Mr. Marsh.

To read more about the Marsh and Lea families, see Helen Hansen’s book At Home in Early Sandusky at the Sandusky Library. This title is also available for purchase at the circulation desk at the library.

Posted by Sandusky Library Archives Research Center at 10:00 AM