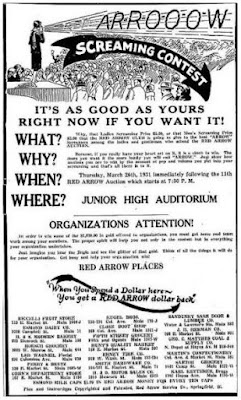 In 1930 and 1931, several "Red Arrow Auctions" were held at the Junior High School in Sandusky. 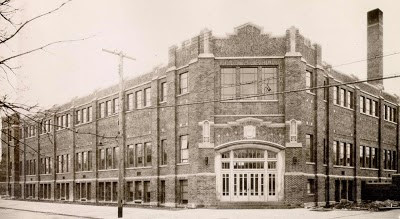 Local businesses gave customers “Red Arrow Money” which could then be redeemed for items at a "Red Arrow Auction." Clarence E. Depew, an advertising man from Springfield, Illinois promoted the Red Arrow Auctions. The auctions took place in the midst of the Great Depression, providing an entertaining diversion for Sandusky area residents. Dozens of Sandusky businesses participated in the program. The Cohn’s store was considered a “Red Arrow Store.” 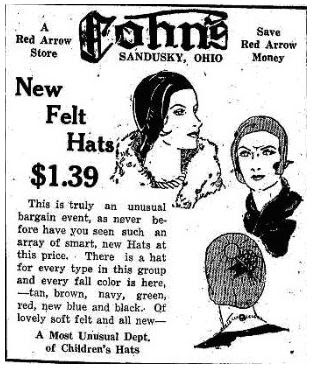 An “Our Gang Comedy” movie was the entertainment at the July, 1930 Red Arrow Auction. In September, 1930, the Auction featured a doll costume contest, with cash prizes given out. Usually the crowds at the auctions numbered from 1800 to 2000.

An article in the May 27, 1931 issue of the Sandusky Register reported that no more Red Arrow Auctions would be taking place, though Red Arrow Money could be redeemed until June 25. The article stated about the most recent auction: “All of the auctions held in the past have attracted good attendance, but the crowd Tuesday night was declared to have been the best ever and there was spirited bidding shown for the many fine articles of merchandise that were offered by local merchants.”