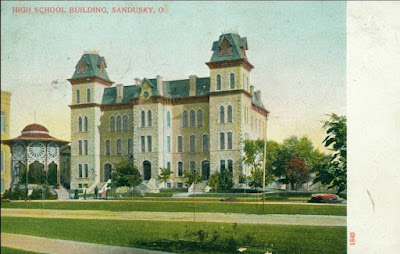 Though was located on in 1922, the School Board purchased property for a new athletic field on the south side of town, between and of the railroad tracks. The 1915 map of , pictured below, indicates the approximate location of the new athletic field. 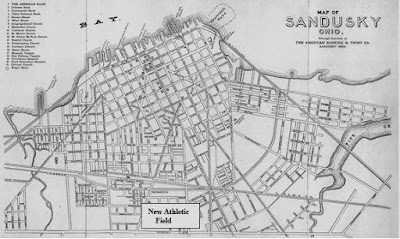 The new field had a football field, track and grandstands. Strobel Field, now Strobel Field at Cedar Point Stadium. was dedicated in 1936. Dr. C.L. Knoble said, about ’s new field, “The local field will compare favorably with any in this part of the state and is the equal to those of many colleges.”

Coach Gosnell Layman stated in the September 10, 1922 issue of the Sandusky Register that the new field was ready. The yard lines were marked off, and the grass was in perfect condition. 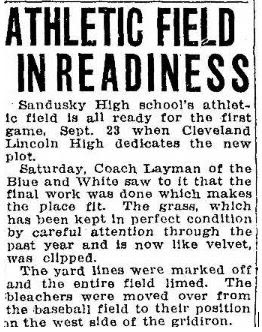 The first game of the high school football season was played on September 23, when faced Lincoln High from 1100 people attended the game which ended in a tie. The new athletic field was officially dedicated on October 15, 1922, before the Fremont-Sandusky game. 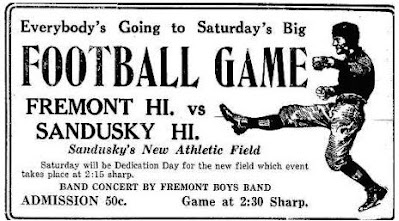 The band opened the dedication ceremony. officials and members of both football teams assembled on the new athletic field. The Star Spangled Banner was sung, followed by Sandusky High’s Victory song. beat 32 to 0. The Sandusky Register reported, “ completely outclassed the visitors in every way.” Team captain Carl Borders scored the first touchdown of the game, after Walton threw a perfect forward pass. 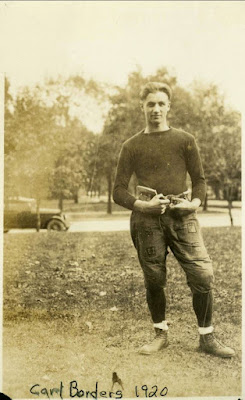 A lineup and summary of the game appeared in the Sandusky Register. 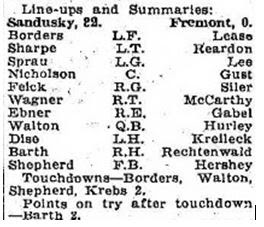 Thanks for the information. I do have a question. Sandusky started playing football in the late 1800s, where would they have played before this "new" field was unveiled?

It appears that the football team played at at least two sites around town before the football stadium was built. An early location was at the city baseball stadium on Columbus Avenue, just south of Perkins. http://sanduskyhistory.blogspot.com/2018/06/sanduskys-baseball-stadium-on-south.html. They also played at the Erie County Fairgrounds when it was on the site of where the MacArthur Park neighborhood is today.