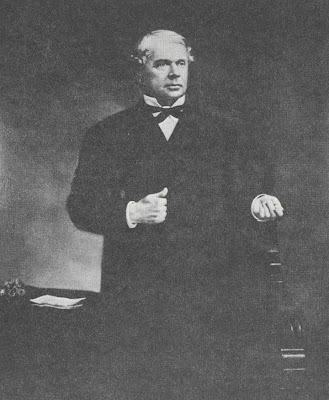 James Wickes Taylor was born in Yates County, New York on November 6, 1819. After graduating from Hamilton College and studying law under his father, he moved to Cincinnati. In 1842 he became associated with the law firm of Salmon P. Chase and Flamen Ball.

Turning next to journalistic endeavors, James W. Taylor established the Cincinnati Morning Signal. In 1852 Taylor became editor of the Sandusky Democratic Mirror. He was the Erie County delegate to the Ohio Constitutional Convention, 1850-1851. 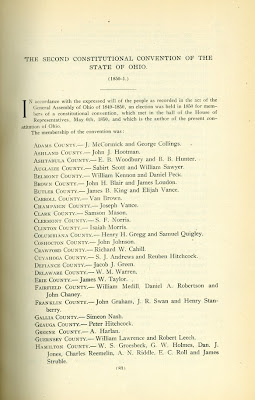 From 1852 to 1856 Taylor was the State Librarian for Ohio. During his tenure he took measures to “preserve every pamphlet printed in the State, no matter the topic.” He authored a book on the History of the State of Ohio as well as a manual on the Ohio School System, and several other books and reports.

From 1859 to 1869, Taylor served as a special agent of the U.S. Treasury. In 1870 he was appointed American Consul to Winnipeg. He held this position until his death in 1893. He was a staunch supporter of the province of Manitoba, promoting trade, railways, and natural resources. When he died in April 28, 1893, Queen Victoria directed that the British flag be placed at half mast at Windsor Castle.
Posted by Sandusky Library Archives Research Center at 4:50 PM