The Herb and Myers Company 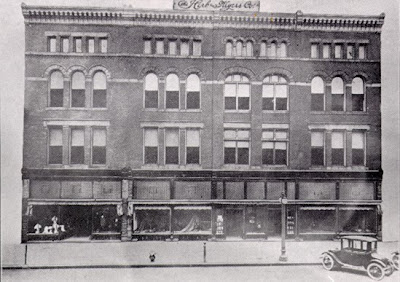 Around 1902 Michael R. Herb and Frank H. Myers started a store in Sandusky which sold carpets, draperies, and wallpaper. They were located on Washington Row in the Mahala Block. The Herb & Myers Company was incorporated in July, 1908. By 1910, the Herb & Myers Co. purchased Sandusky’s “Big Store,” located on East Market Street, which had previously been owned by C. L. Engels. (Details about Carl L. Engels and his many contributions to Sandusky can be found on pages 27 and 37 of the 1935 Obituary Notebook at the Sandusky Library.)

Eventually the Herb & Myers store had a total of twenty-four departments. A front page article from the January 18, 1916 Sandusky Star Journal reported that the Herb & Myers Co. attracted favorable comments from people of Sandusky, but also from visitors of other states as well. “Traveling men who cover many states claim that they do not find stores in cities three of four times as large as Sandusky that can compare with Herb & Myers Co. Department store. People have appreciated the efforts put forth to provide such a fine store, with the result that business has increased by leaps and bounds.”

The company’s employees had their own baseball team and two different bowling teams, one from the home department and one from the carpets and rugs department. In 1911, Herb & Myers Co. donated a free sewing machine to be given away at the Erie County Fair. Mrs. E. J. Horan was the lucky winner. During the Great War (World War I), Herb and Myers distributed a songbook entitled “Battle Songs of Liberty.” 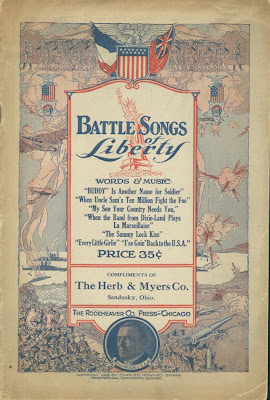 The Herb & Myers Co. carried apparel for men, women and children of all ages.

In December the “Toy World” section of the Herb & Myers Co. featured delightful toys for Sandusky area boys and girls. Santa Claus made a visit to Herb & Myers every afternoon during the busy holiday season. 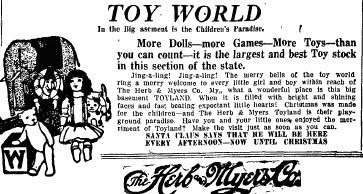 In the “Bridge” edition of the Sandusky Star Journal of February 1, 1929, the Herb & Myers Co. featured an advertisement in which they extended a hearty welcome to the residents of Ottawa County, who now had easier access to shopping in Sandusky now that the Sandusky Bay Bridge had opened.

Below is a photo from the second floor of the Herb & Myers Co. in 1930. Sparkling glassware and dinner plates were displayed attractively, so that customers could envision these products in their own home. 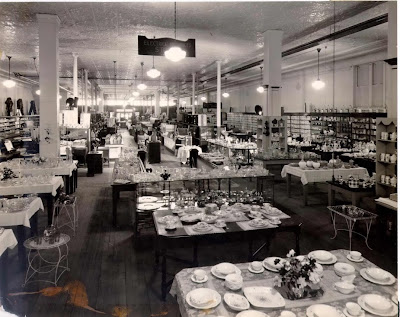 He was active in the Chamber and Commerce, Elks, St. Mary’s Church, and the Knights of Columbus. He attended a religious retreat conducted by Jesuit Priests in Parma for fifty consecutive years.

Sadly, the M. R. Herb store was destroyed by the massive fire in downtown Sandusky in 1939.

Pictured below is an ad from the June 1906 Seventeenth Annual Session of the United Commercial Travelers. 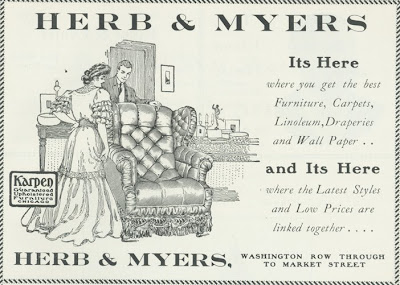 Posted by Sandusky Library Archives Research Center at 8:37 AM