Small Appliances Made in Sandusky 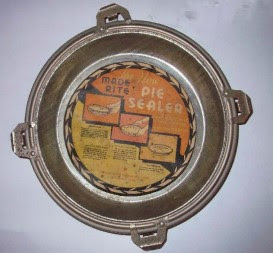 From about 1929 through 1934, the Made Rite Manufacturing Company was in business in Sandusky at the southwest corner of Shelby and Water Streets. The pie sealer, pictured above, prevented the pie filling from spilling out of the crust and making a gooey mess in the oven.

The Made Rite electric toaster from the 1930s looks a lot different than the toasters we use now: 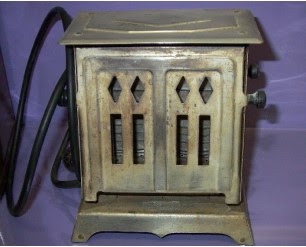 Other products made by the company included waffle irons, mixers, and a unique incubator in which the chicks could regulate the temperature by themselves. An article in the April 13, 1934 issue of the Sandusky Star Journal featured an advertisement from the M.R. Herb Company where parents were urged to bring their children in to the store to see the live baby chicks housed in Made Rite chick-o-matic incubators.

From 1932 to 1934, the officers of the Made Rite Manufacturing were George C. Hill, president; Norbert J. Kuebeler, vice- president; and Arthur Cronenberger, secretary. Ultimately, the company was acquired by the Weinig Products Company, and eventually all operations in Sandusky ceased. The Follett House Museum is home to several locally made products. Visit the museum to see clothing, household items, furniture, photographs, and many other historical items from Sandusky and Erie County.