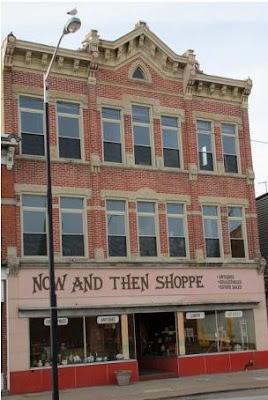 The building at 333 West Market Street, where the Now and Then Shoppe was located, was originally the site of Jacob Hemminger’s saloon. The Ohio Historic Places Dictionary states that the building was constructed between 1884 and 1886, and was built in the High Victorian style. Decorative brackets are visible along the top of the structure, and decorative trim adorns the tops of the windows. 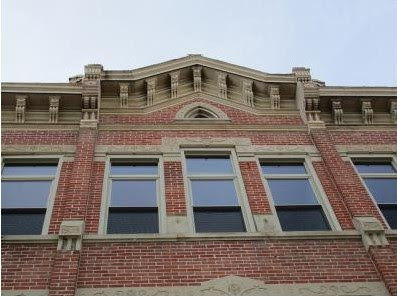 When Jacob Hemminger ran his saloon, he rented rooms out on the upper floor. The saloon was popular with Sandusky residents of German descent, and it served wines and beers that were produced locally.
In the 1910s and 1920s, the Erie Hotel was in this building. Other hotels at this site were the Starbird Hotel and the Paris Hotel. Businesses later in the twentieth century at 333 West Market Street included Brinnon’s Paint store, Bernie’s Paint and Wallpaper, and the Worth-More Furniture store.

For more information on the historic architecture of Sandusky, see Ellie Damm’s book Treasure by the Bay.