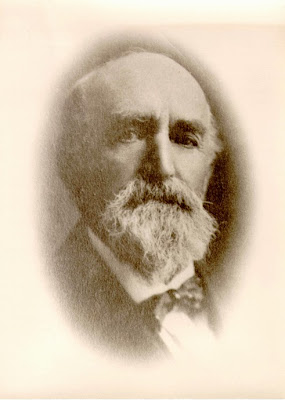 Merrill Leroy Starr was born in the state of in 1842 to Daniel and Bathsheba (Chadwick) Starr. The Starr family moved to , in the 1850s. During the Civil War, Merrill L. Starr enlisted in Company E, 8th Infantry Regiment. Military records indicate that he was honorably discharged in 1863, after he was wounded at . According to records, he married Kate Cooper on December 5, 1867. From 1876 to 1880, he served as Erie County Sheriff. Mr. Starr also was Superintendent of the infirmary in 1870 and in 1884-1885. In the 1880s, he was a partner in a shoe and boot business with E. W. Dewitt. 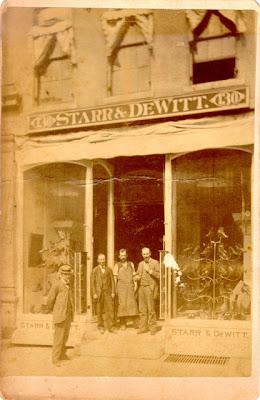 Merrill L. Starr died January 6, 1914 at the home of his daughter, Mrs. Alfred Huntley on .  Mr. Starr was survived by his widow, four daughters, a son, a brother and a sister. He was buried in the . Mr. Starr is sitting in front of the bench in the courtroom at the Erie County Courthouse in this picture taken in 1875. 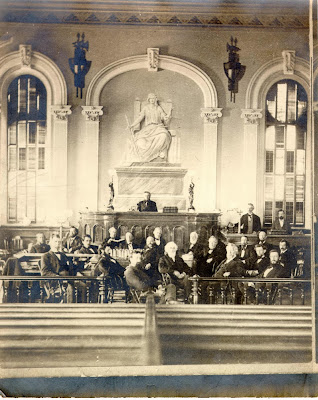 To learn more about Merrill L. Starr and many other former officials, see Elected to Serve, by Patty Pascoe, in the Sandusky Library genealogy collection.
Posted by Sandusky Library Archives Research Center at 9:44 AM