Music and Musicians at Cedar Point

(Reposted) The premiere of the video presentation, Under the Baton: Music at Old Cedar Point, will be at the Sandusky Library on Friday, November 1, at 7PM; a lecture on the subject by Dr. Steven Plank, Oberlin College, with a question & answer session, will follow.

Since the late nineteenth century, a variety of bands, orchestras, and singers have been associated with Cedar Point.  Highlighted in this post are just a few of the individuals and groups associated with the resort's long, rich musical history. Charles Baetz an early general manager at Cedar Point, founded the Great Western Band in 1867. Baetz was born in  in 1836, where he learned the violin and cornet as a young man.  In 1854 he immigrated to the  He was the principal musician for Company A of the 128th Ohio Volunteer Infantry during the Civil War.  He participated in seven battles, and then returned home where he directed the military band at the federal prison on Johnson's Island, which was just across the bay from Sandusky. 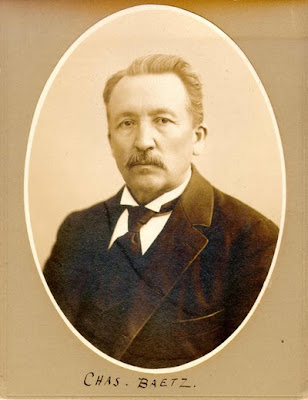 The Great Western Band performed at Cedar Point for concerts and dances until about 1892. 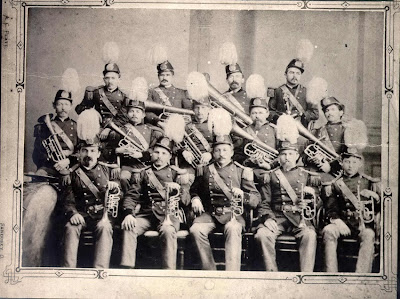 The Ackley Band, founded by E.B. Ackley, was the successor to the Great Western Band. 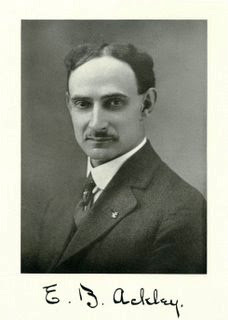 E.B. Ackley came to in 1893. He was the instructor of the Sandusky Band and Orchestra, and he also worked as the director of music at Cedar Point. Several members of Ackley's Band appear in the picture below, taken at Cedar Point. 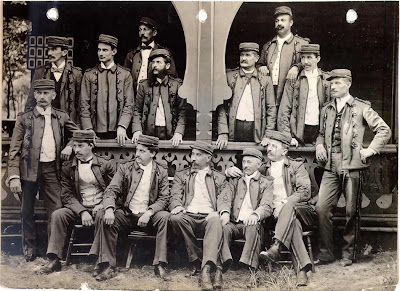 In 1902, E.B. Ackley published the Cedar Point Two-Step. The music was arranged for Band, Orchestra, Mandolin and Guitar, and was dedicated to the Cedar Point Pleasure Resort Company. 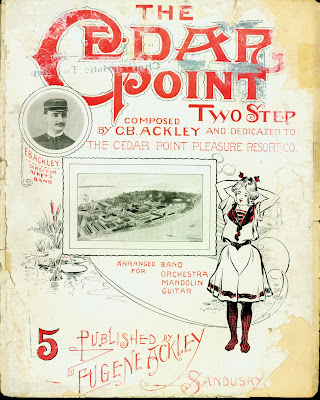 Charles Bauman was a member of both the Great Western Band and Ackley's Band. 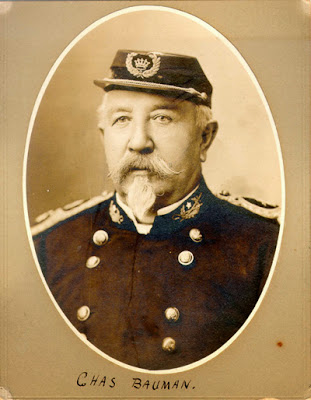 From 1914 to 1919, Leopold Adler was the popular director of the orchestra at Cedar Point. He conducted hundreds of concerts in the Coliseum. 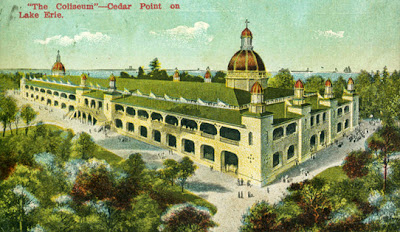 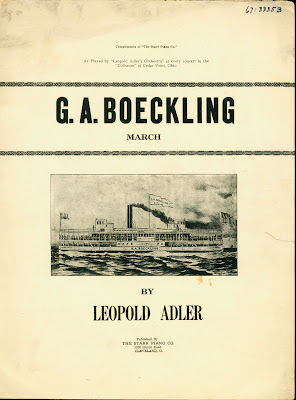 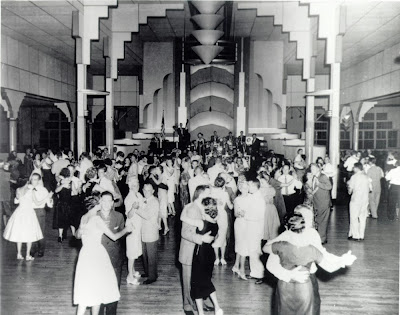