The Ladies Fair Show Comes to Cedar Point in 1951 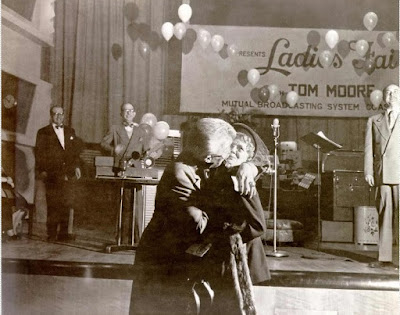 In conjunction with ’s Fall Festival, two performances of the “Ladies Fair Show” took place at Cedar Point on September 7, 1951. Tom Moore, a radio personality with the Mutual Broadcasting System, was the host of the show. Tickets were sold for $1.00 and $1.50. The “Ladies Fair Show” was a radio program that was broadcast during the morning hours by the Mutual Broadcasting System in the early 1950s. The program featured music, games, and quizzes for the ladies in the audience. When the “Ladies Fair Show” came to , two thousand dollars worth of prizes were awarded during the program. The Fall Festival was held in from September 6 to September 9, 1951. The festival featured a beauty pageant, band concert, square dancing, marksmanship show, and a steer auction.