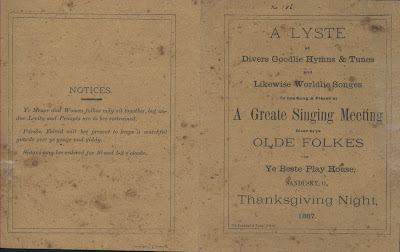 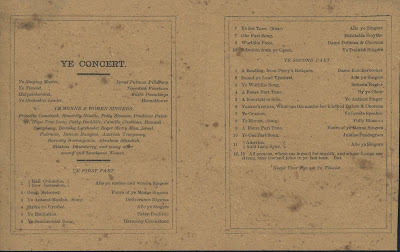 The November 25, 1887 Sandusky Daily Register gives a detailed account of the event. The reporter credited Mrs .S. W. Butler and Mrs. Leeson as the chief organizers of the concert. The paper stated: “Mrs. S. W. Butler proposed and planned the concert, and almost alone, through many discouragements, worked it through.” 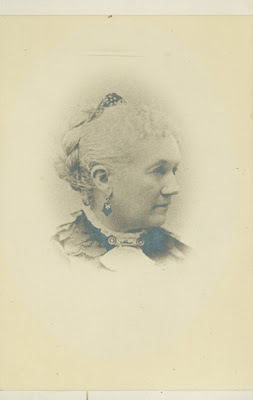 Concert participants wore costumes from the style of “ancient days.” Hymns and tunes were sung, with Mr. A. J. Nusley serving as the “singing master.” A quartet called the “Foure of Ye Men Singers,” including Mr. Talcott, Mr. McFall, Mr. Lockwood and Mr. Stroud, were a crowd favorite and performed several encores. (Walter Talcott’s obituary, found in the 1926 Obituary Notebook in the Archives Research Center, details Mr. Talcott’s talent.) Miss Fannie Loomis sang a solo called “Jedediah.” Mrs. Norbert Becker sang a song as “Jubilee Pendegrass.” Another hit of the evening was “My Johnny was a Shoemaker,” sung by May Elwell as “Belinda Bugler.” Malcolm Jennings “rendered a solo with fine effect.”

Attorney S. C. Wheeler sang a solo entitled “Ri Ti Tu Ri.” The Register says that Mr. Wheeler was “called out a second time and finally led off the stage by the ear by Deliverance Higgins.” 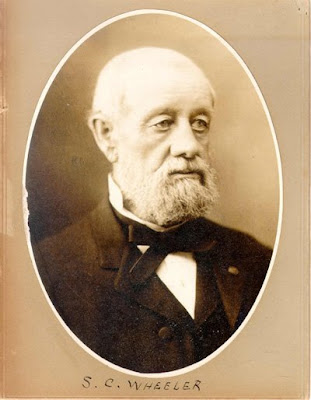 The newspaper article listed the program from the concert, and stated that the concert would be “long remembered as one of Sandusky’s greatest local events.” To find historical documents, newspapers and photographs from Sandusky’s past, visit the Archives Research Center of the Sandusky Library.
Posted by Sandusky Library Archives Research Center at 2:20 PM 5 comments: 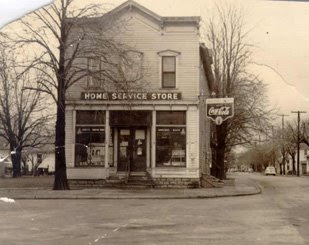 Adolph and Martin Broderson were partners in the grocery business in Sandusky for over fifty years. (Adolph G. Broderson died in February 1955, and Martin Broderson died in January 1954.) Pictured above is the Broderson’s “Home Service Store” on the southwest corner of Polk and McDonough Streets. Visible in the store windows are advertisements for Sunbeam bread, Salada tea, and Esmond dairy products, and a Coca Cola sign can be seen on the side of the building.

Products could be purchased here on credit. A former Polk Street resident tells that when her grandmother sent her to the Brodersons’ store to pay the bill, she always received a piece of penny candy in return. An earlier blog entry features more photographs of grocery stores in Sandusky.
Posted by Sandusky Library Archives Research Center at 2:45 PM 2 comments:

General Henry A. Axline, “Father of the National Guard of Ohio” 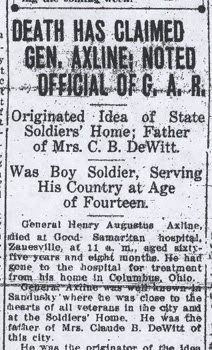 Henry A. Axline was the youngest soldier to serve in the Civil War from Muskingum County. He served in Company G of the 159th Ohio Volunteer Infantry.

General Axline was the Adjutant General of Ohio from 1886 to 1890, and again from1896-1898. William Taylor Alexander, author of The Centennial History of Columbus, called Henry A. Axline “the father of the National Guard of Ohio.”

Active in Veterans’ organizations, General Axline was often a speaker at Campfires, military reunions, and Memorial Day exercises. The Sandusky Daily Register of May 18, 1914, reported that “as a public speaker General Axline had but few equals.” At the time of his death he was chief of staff of the national encampment of the G.A.R. Henry A. Axline died May 18, 1914 in Zanesville, Ohio. He is buried in Oakland Cemetery in Sandusky, Ohio. (He was buried in Sandusky because his daughter and son-in-law were residing in Sandusky at the time of his death.) 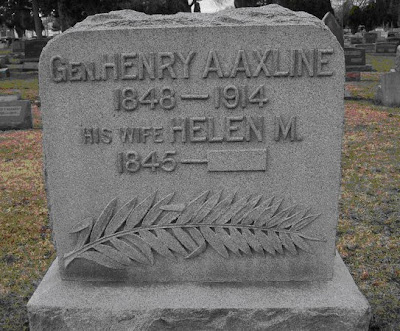 Henry A. Axline married Helen Westlake in 1874. They were both graduates of Ohio Wesleyan University. Their daughter Tella Axline was married to Claude B. Dewitt, pictured below. (They later divorced.) 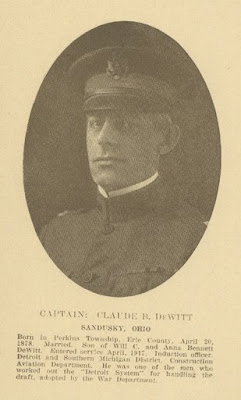 Posted by Sandusky Library Archives Research Center at 11:32 AM 3 comments: 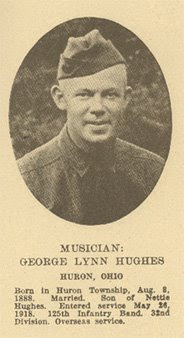 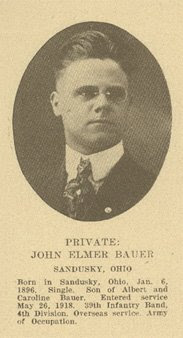 G. Lynn Hughes worked at the Hinde and Dauch Paper Co. for thirty-seven years. He passed away in 1971. J. Elmer Bauer moved to Pinellas County, Florida, where he died on April 8, 1975. Mr. Bauer’s obituary in the St. Petersburg Times stated that in the eight years that he played the organ at the Tramor Cafeteria, he closed every evening’s performance with “God bless America.” Pictured below is J. Elmer Bauer at the organ: 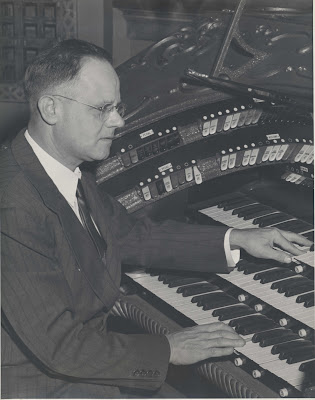 Posted by Sandusky Library Archives Research Center at 9:51 AM 2 comments: 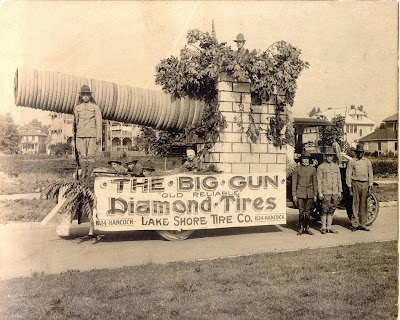 The First World War, "the war to end all wars," ended 90 years ago this November. Join us in the Library Program Room on Sunday, November 9, at 1:00 p.m. as Archives Librarian Ron Davidson presents a discussion of World War I in Sandusky. Using original documents from the Library's Archives Collection - letters, photographs, newspaper stories, and other accounts - he will present observations of what life was like for Sanduskians during the Great War and the effects of the war on people and society. Registration is requested but is not required.
Posted by Sandusky Library Archives Research Center at 2:59 PM 1 comment:

Selden A. Day is pictured in his uniform from the Spanish American War, in which he served as an officer in the Artillery. The photograph was a gift to Sandusky newspaper publisher, Isaac F. Mack. 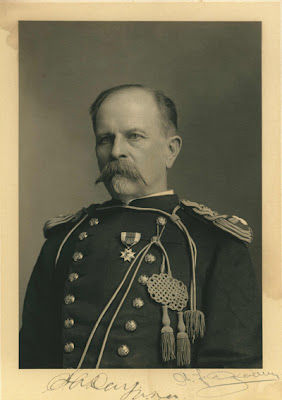 Selden A. Day had a long record of military service to his country. He served in the Civil War as well as the Spanish American War. His monument at Arlington National Cemetery bears the inscription: “Breveted First Lieutenant, 3 June 1864 for gallant and meritorious service in the battle of Cold Harbor, Virginia; Breveted Captain, 13 March 1865 for gallant and meritorious services during the war. “

Selden Day’s wife was quite well known in her own right. Alice Chenoweth was born in 1853 in Winchester, Virginia. When she began writing, Alice legally took the pen name of Helen Hamilton Gardener. She authored seven books, was a vice president of the National American Woman Suffrage Association, and was the first female member of the United States Civil Service Commission. President Wilson appointed her on April 13, 1920. Upon her death (subscription required), Helen willed her brain to science .

Isaac F. Mack was one of the most prominent and influential citizens of Sandusky, Ohio. He was associated with the Sandusky Register from 1869 until 1909. He was a charter member of the Western Associated Press, which went on to become the Associated Press. 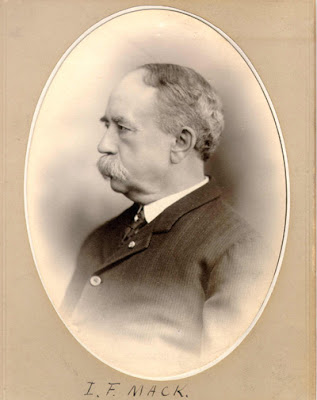