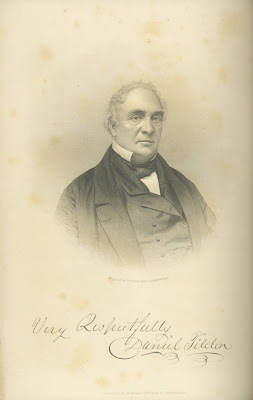 According to the June 1870 issue of the Firelands Pioneer, Daniel Tilden was born in the village of Lebanon in Grafton County, New Hampshire on August 19, 1788. He obtained his medical degree from Dartmouth College in 1812. Dr. Tilden married Nancy Drake in 1814. Dr. Tilden moved to Ohio in 1817, settling in Cook’s Corners (now known as North Monroeville). He lived briefly in Norwalk before settling in Sandusky in 1839.

The biographical sketch in the Firelands Pioneer stated that Dr. Tilden “was assiduous in his attentions to the sick, often times spending hours day and night by the bedside, observing symptoms, administering medicines himself and noting the operations and the changing condition of the patient, at the same time giving largely of cheerful encouragement. It seemed to be a labor of love with him to give his services to the very poor.” Dr. Tilden had an abhorrence of oppression and injustice and he was anti-slavery in his political convictions. It was said that his recollections of assisting the poor and enslaved race gave him great pleasure, and he often had tears of joy at the thought that he had lived to see “the colored man free.”

Dr. Tilden was president of the Ohio State Medical Society in 1856, and he served as president of the Erie County Medical Society for many years. He had also served in the State Senate of Ohio from 1828 through 1835. On August 19, 1868, Dr. Tilden celebrated his 80th birthday. His daughter, Mrs. Annette Tilden Mills, invited several of his oldest friends to celebrate with him. After a lengthy illness, Dr. Tilden died on May 7, 1870. He is buried in the family lot at Oakland Cemetery.
Posted by Sandusky Library Archives Research Center at 3:15 PM No comments:

Letter from Zalmon Wildman to Dr. George Anderson in 1826

Born in Danbury, Connecticut, Zalmon Wildman was one of the original founders of Sandusky. He owned a lot of property in the Sandusky area, and worked with others to promote business ventures and transportation in the area now known as Erie County, Ohio. Below is a portion of a letter that Zalmon Wildman wrote to Dr. George Anderson on May 6, 1826. Mr. Wildman discusses how he spoke in Washington D.C. before the Committee on Commerce to recommend a survey of Sandusky Bay. He suggested that two hundred dollars be set aside for to cover the expenses of the survey. 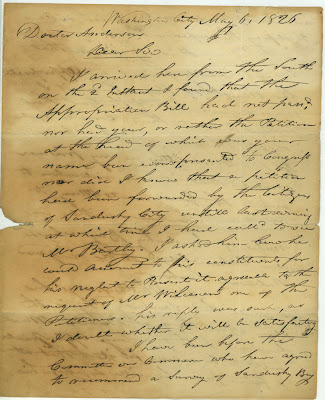 According to U.S. Government reports, in July of 1826 the Corps of Engineers was given four hundred dollars in order to carry out a survey of Sandusky Bay, to “ascertain the expediency and expense of constructing piers to improve the navigation thereof…” The Sandusky Library Archives Research Center has in its map collection a Chart of the Entrance of Sandusky Bay, published by the Bureau of U.S. Topographical Engineers in 1838, which was based on the original survey of the Sandusky Bay, completed by Lieut. Campbell Graham in 1826. 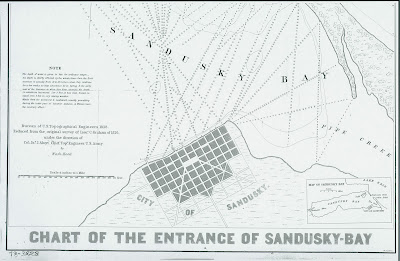 Zalmon Wildman was elected as a Representative to the 24th United States Congress. He served in Congress from March 4, 1835 until his death on December 14, 1835. Zalmon Wildman’s grandson, Horatio Wildman, was a lawyer in Sandusky, and was elected Mayor of Sandusky in 1851. Horatio Wildman died in 1909, and he is buried in Sandusky’s Oakland Cemetery.
Posted by Sandusky Library Archives Research Center at 2:15 PM No comments: 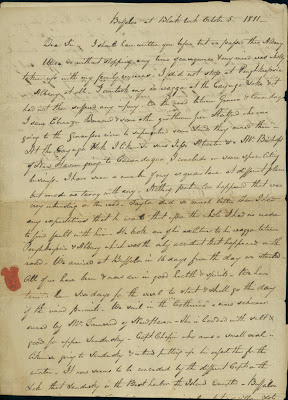 Epaphras W. Bull, a graduate of Yale College, was a distinguished lawyer in Danbury, Connecticut. In September of 1811, Epaphras Bull, along with his wife Polly, their three small children, and an African American servant named Patience, headed from Connecticut to Danbury Township, located in what is now Ottawa County, Ohio. The Hoyt Patch family and two hired men also made the trip. The group shared a common wagon, which was led by a saddle horse. On October 5, 1811, Epaphras W. Bull wrote a letter to Zalmon Wildman, of Danbury, Connecticut. The letter was written while the Bull family was at Buffalo, New York for five days during their westward journey. He discussed seeing various acquaintances during his trip, and his plans to take a schooner from Buffalo to Sandusky, Ohio. Bull wrote, “It now seems to be conceded by the different Capts. on the Lake that Sandusky is the Best harbor the Island excepted.” He also spoke of the great expense associated with moving a family. He said that “upon my arrival at Sandusky I shall have completely got rid of the bigger part of my money.”

President James Madison appointed Epaphras W. Bull to be the first Collector of Customs of the Port of Sandusky. Mr. Bull was also the first owner of the property now known as Johnson’s Island. The Marblehead Lighthouse was situated on property that had originally belonged to Epaphras Bull. Mrs. Bull wrote in a memoir in the March 1859 issue of the Firelands Pioneer that fish and game were abundant in the Sandusky Bay area, and there were orchards of apple, peach and cherry trees. Native Americans, who sometimes camped nearby, behaved in a friendly manner. After the War of 1812 broke out, the Bull family moved to Cleveland, Ohio. Epaphras W. Bull died in Cleveland on October 6, 1812, at the age of 33. Mrs. Bull and her youngsters moved to Connecticut after the death of her husband. She lived to 93 years of age. 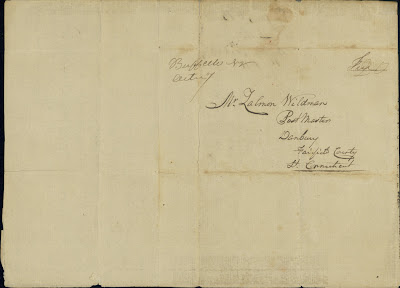 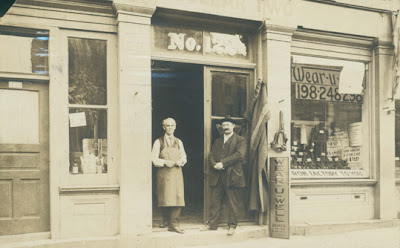 
Both Adolph P. Lange and F. R. Lange died in 1926. Adolph’s son, Norbert Adolph Lange, was a chemistry professor who is known for writing the classic text Handbook of Chemistry. In 1959 Dr. Norbert A. Lange and his wife, Marion Cleaveland Lange translated Dr. Von Schulenburg’s book Sandusky Einst und Jetzt into English. The title in English is Sandusky Then and Now. This valuable local history resource provides information about Sandusky’s earliest settlers of German descent. 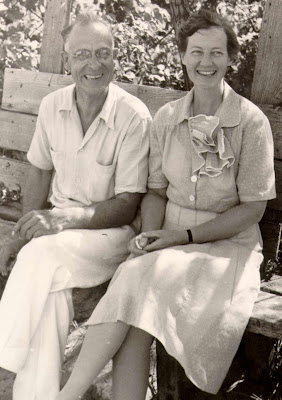 Dr. Norbert A. and Marion Cleaveland Lange were also the generous donors of the Lange Trust, which provides for “The promotion of cultural and educational enterprises in the City of Sandusky, Ohio, and the adjacent area within Erie County, Ohio.”
Posted by Sandusky Library Archives Research Center at 10:28 AM No comments: 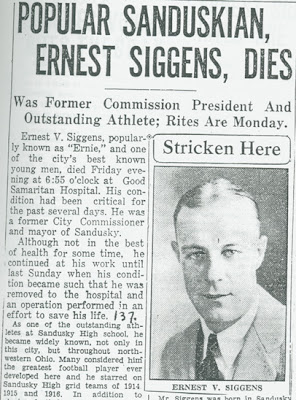 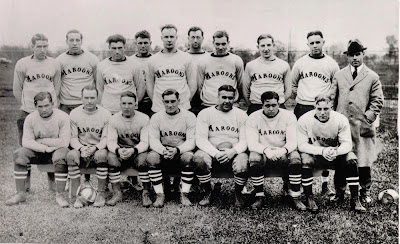 Other teams which Ernie Siggens played for included the Parks Junior Basketball Team, who were the area champions in the 1913-1914 season, and the Sandusky Elks baseball team. 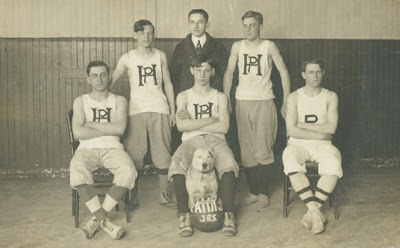 During World War One Ernie Siggens served in the United States Army from May to December, 1918. For several years, Ernie was the proprietor of the Siggens Electric Service store on Wayne Street in Sandusky. On January 1, 1932, Mr. Siggens was elected Mayor of Sandusky. He remained in that office January of 1934. On April 12, 1935, Ernest V. Siggens died at Good Samaritan Hospital following a brief illness. He was only age 37 at the time of his death. Mr. Siggens was survived by his wife, the former Mildred Atwood, a daughter, Mary Jane Siggens, and his mother, Mrs. Emily Siggens. Burial was in Oakland Cemetery. A touching tribute to Ernie Siggens appeared in the April 12, 1935 issue of the Sandusky Star Journal. 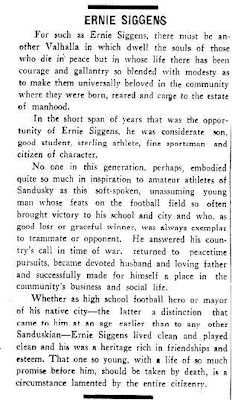 Posted by Sandusky Library Archives Research Center at 9:24 AM No comments: 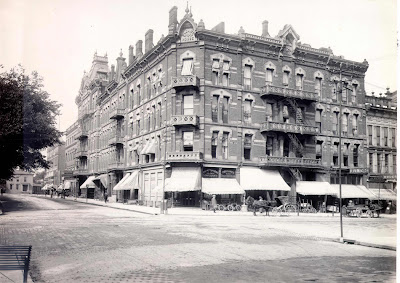 Bring your lunch and join us in the Library Program Room (Terrace Level) as we explore topics in local history.


WEDNESDAY, OCTOBER 20 - 12:00-1:00 p.m. TOPIC: Places That Aren’t Here Anymore. We’ll take a nostalgic look at places that aren’t here anymore. As our community evolves and grows, so, too, do the familiar sites around town. Some of the places may have changed locations, experienced a renovation or change in appearance, and some are simply no longer in existence. Museum Administrator Maggie Marconi will be the presenter.
Posted by Sandusky Library Archives Research Center at 9:09 AM 1 comment: 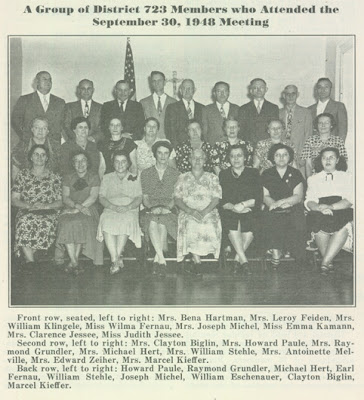 Earl F. Fernau was the secretary of District No. 723, German Beneficial Union in 1948. In the article Mr. Fernau listed the various meeting places of the G.B.U., District 723, in Sandusky which included Fuchs Hall, the Odd Fellows Hall, and St. John’s Hall. In September of 1948, the new home of District No. 723, German Beneficial Union was located at the northwest corner of East Adams and Hancock Streets in Sandusky.

Pictured below are the officers of the German Beneficial Union, District 723 in 1948. 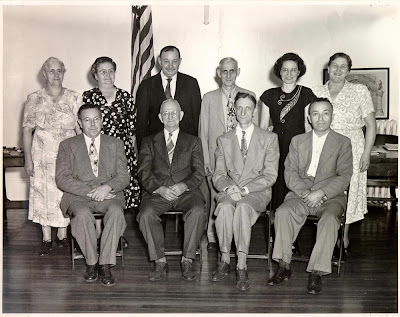 Program Announcement: Early Businesses That Are No Longer Around 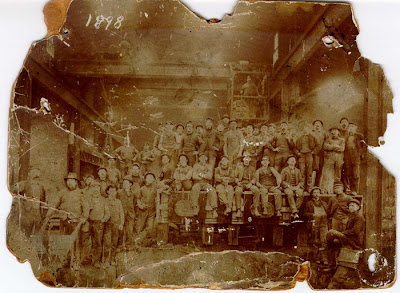 As our needs and desires change, and as technology advances, businesses come and go in response to these changes. Some businesses become obsolete; some just move on to different things. Join Archives Librarian Ron Davidson for a review of a few of the businesses that flourished in the past in Sandusky but are no longer here.


Part One: Industry. On Saturday, October 16, at 2:00 p.m. we will discuss factories and industrial businesses from the 19th and early 20th Centuries that are no longer here, with views of images and documents from the Library’s Archival Collections. Learn about businesses, such as the Sandusky Tool Company, the Jackson Underwear Factory, breweries, the ice industry, and others.
Posted by Sandusky Library Archives Research Center at 9:16 AM No comments: 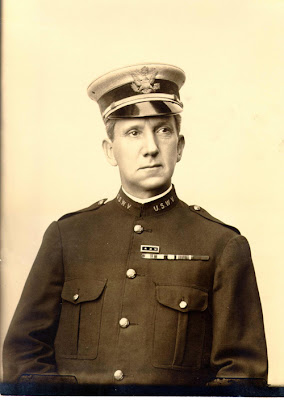 Charles Edwin Stroud was born in Palmyra, New York in 1859 to Charles Taylor Stroud and Lucy Fidelia Allen Stroud. The family settled in Sandusky about 1865. Both father and son were dentists. Charles E. Stroud graduated from Sandusky High School in 1877 and from the University of Michigan in 1880. Dr. Charles E. Stroud practiced dentistry in Sandusky for almost fifty years, before he became Inspector at the Ohio Soldiers’ and Sailors’ Home.

During the Spanish American War, Charles E. Stroud served as Captain of Company B of the 6th Ohio Regiment. Dr. Stroud is seen seated in the center of the group of soldiers pictured below. 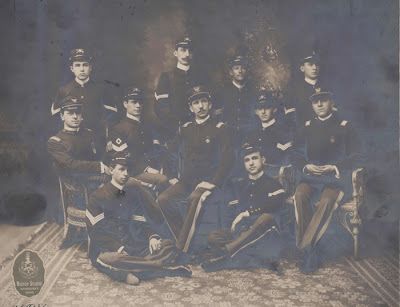 Dr. Stroud was a pioneer in the Boy Scout movement in Sandusky. He organized the fist Scout troop in the city, and serve as president of the Firelands Council from 1924 until his death in 1929. 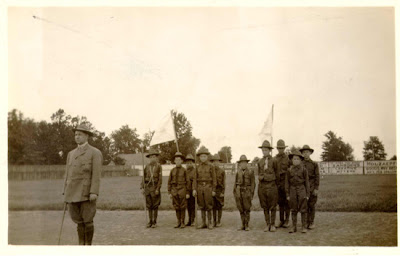 Through the years, Dr. Charles E. Stroud was very active in community affairs of Sandusky. He served as Vice Mayor of Sandusky and was on the board of the Erie County Visitors Bureau and the Erie County Children’s Home. He frequently attended military reunions and he was held in high esteem within the Masonic fraternity. Dr. Charles E. Stroud died on October 7, 1929 at the age of 70. He was survived by his widow, the former Jennie Davis, and two sons, Ira T. Stroud of Michigan and Edgar J. Stroud of Indiana. Burial was in Oakland Cemetery.


Dr Charles E. Stroud was considered an authority on Native American relics. He bequeathed many historical artifacts and photographs to the historical room of the Sandusky Library. Now the Stroud Collection is shared between the Sandusky Library Archives Research Center and The Follett House Museum. The silk hat pictured below was worn by Dr. Stroud in the 1890’s. It was purchased from Harry E. Nason, who ran a clothing store for gentlemen on Columbus Avenue. 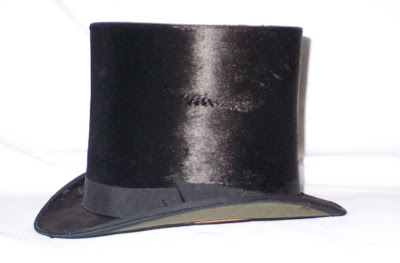 Posted by Sandusky Library Archives Research Center at 9:49 AM 3 comments:

Postcard of the Sandusky Register Building

Here is a postcard of the building originally built for the Star Journal newspaper between 1920 and 1921 at 314 West Market Street, which is located at the southwest corner of Market and Jackson Streets. Now home to the Sandusky Register, the building was built in the modernistic style. 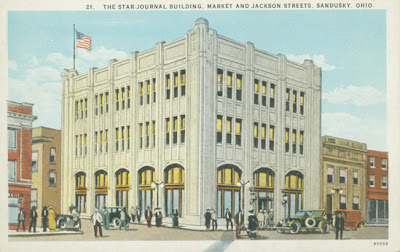 At the time the Star Journal building was constructed, stained glass windows were created by noted Cleveland artist R. Tolland Wright. According to the Ohio Historic Inventory, prepared for Erie County by the Old House Guild, Mr. Wright’s windows depicted the history of communication. An article in the November 20, 1934 issue of the Sandusky Star Journal, reported that the art windows told the story of the printing industry from the time of the “town crier” to the modern newspaper.

In a May 1920 photograph which promoted the movie A Regular Girl playing at the Schade Theater, you can see a portion of the Star Journal building under construction on the south side of Market Street. (far left of photo) 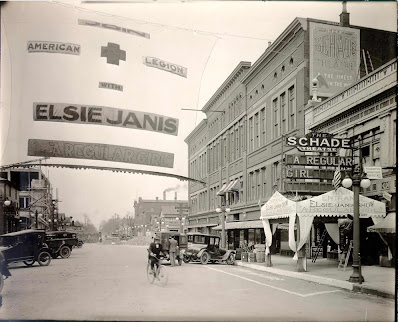 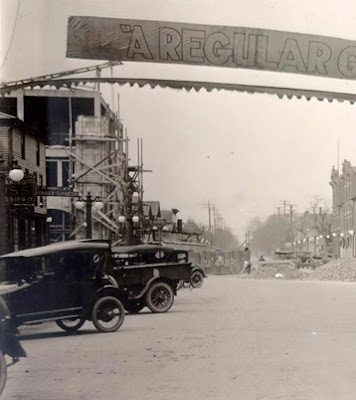 To read more about the history of newspapers in Sandusky, see Portraits from the Past, a booklet published during Sandusky’s Sesquicentennial in 1968.
Posted by Sandusky Library Archives Research Center at 1:32 PM No comments: