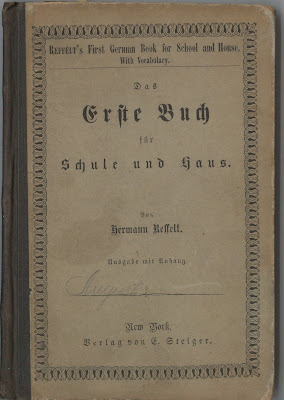 Now housed at the Sandusky Library Archives Research Center, this German textbook was once used by August Kuebeler. Reffelt’s First German Book for School and House included instruction in reading, writing, arithmetic and drawing. On pages 20 and 21 from the German textbook, you can see examples of math problems, handwriting, and several vocabulary words. The drawing sample features a weaving pattern. 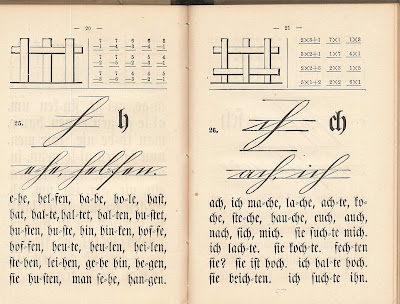 Here are pages 62 and 63 from Reffelt’s First German Book: 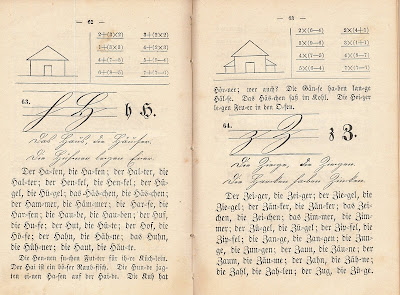 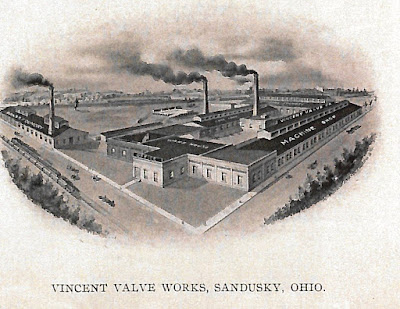 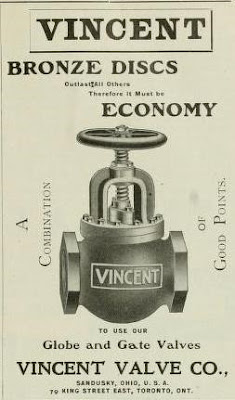 By June of 1903, the National Valve Company took over the business. 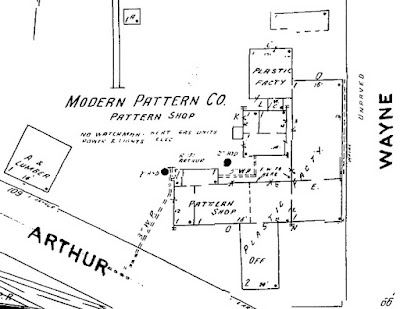 Today Arthur Street Storage is located at this site.
Posted by Sandusky Library Archives Research Center at 9:00 AM No comments: 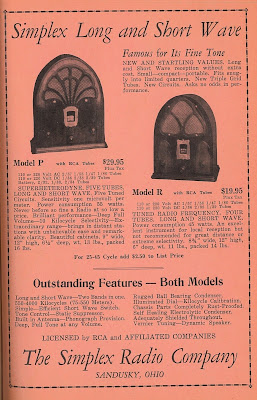 After having been connected with the Maibohm Motor Company in Sandusky, Harry C. Maibohm started the Simplex Radio Company in 1924 at the corner of King and West Monroe Streets in Sandusky, Ohio. The advertisement above appeared in a 1932 Erie County Directory. The ad featured a Model P Simplex Radio which sold for $29.95 and a Model R Simplex Radio, which sold for $19.95. The Model P radio brought in radio stations from far distances, but the Model R was used primarily for local reception. In the 1930s, Simplex radios relied on RCA vacuum tubes for operation. The radio dial was illuminated, and interior chassis parts were rust-proofed. Most likely many Sandusky residents listened to President Franklin Roosevelt’s “Fireside Chats” from a broadcast brought into their home through a Simplex radio.

When Jackson Junior High School opened in 1928, a Simplex system provided the ability to broadcast a radio program or phonograph record throughout a public address system, so that every student and teacher in the school could hear the broadcast at the same time. An article in the February 26, 1928 issue of the Sandusky Register reported that, “Through the imagination and foresight of F.J. Prout, superintendent of schools, Sandusky now claims the distinction of having what is believed to be the world’s first radio-equipped school.” 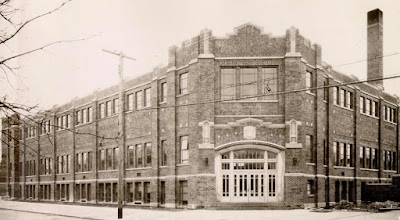 This page from a patent issued to Harry C. Maibohm in 1932 describes a combined radio receiver, phonograph and public address system. The entire patent document is viewable through Google Patents. 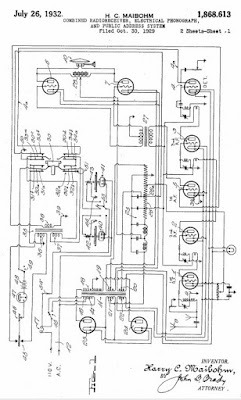 As years went by, the Simplex radio became more streamlined, as seen in this picture of a 1937 Simplex radio, now at the Follett House Museum. 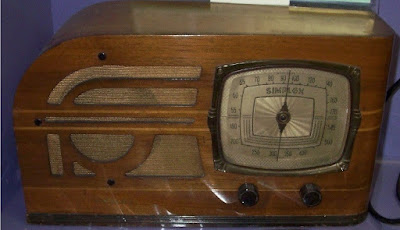 In 1937 Philco, a large radio manufacturing company, bought a controlling interest in the Simplex Company. The company relocated to the site of the former Maibohm automobile factory at 3130 West Monroe Street. By 1948 the local company adopted the Philco name. During war years, the factory worked on communications equipment for the U.S. Government. In the early 1950s, Philco made radios and television sets. In 1961 Philco moved its operations to Pennsylvania, and used the Sandusky plant as a warehouse. The Air Reduction Company purchased the warehouse building in 1964. 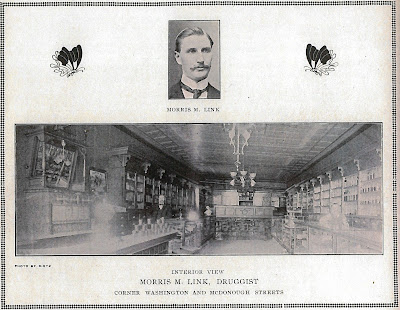 Morris Link was born in Baden, Germany, and emigrated to the United States in 1851. After settling in Sandusky, he became involved in the culture of grapes and manufacturing of wine. He also worked for several years as a foreman in the Mad River Railroad warehouse.

In 1870, Morris Link built the Link Block at the corner of McDonough and Washington Streets in Sandusky. Dr. Ernst von Schulenburg wrote in Sandusky Then and Now, that Link’s Block on Washington Street was a “monument to his [Mr. Link's] spirit of enterprise.” In the 1886 Sanborn map, pictured below, you can see that Link’s Block had a drugstore, grocery and saloon on the street levels of the building, with a public hall on the upper level, and a dining hall in the rear of the structure. 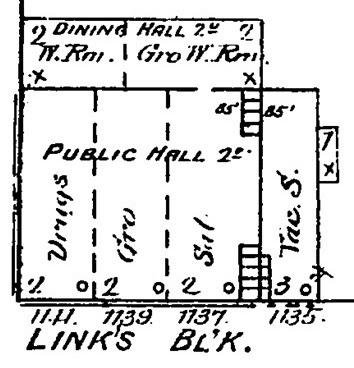 Many social events, political meetings, and dances were held at this site. On July 4, 1873, the Bay City Dancing Club held a Grand Ball at Link’s Hall, with musical entertainment provided by the Great Western Band. Tickets were fifty cents. According to the book Sandusky Then and Now, in 1885 the Sandusky Liederkranz (Sandusky Choral Society) was reorganized and held rehearsals at Link’s Hall. In 1904, a Mr. Rissman and Schaefer served lunch there. Turtle soup was the special of the day on March 26, 1904. A roller skating rink was in operation at Link’s Hall in 1905. In the 1940s and 1950s, several wrestling matches were held there. Below is an advertisement from the October 18, 1952 issue of the Sandusky Register, for a match between Bert Silverman and Frankie Taylor.

A number of businesses have been in operation in Link’s block, including the Towne Tavern and Health Club in the 1960s and 1970s. 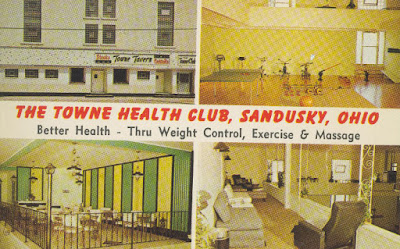 For a number of years, the State Liquor Store No. 181 was located in the 900 block of West Washington Street. When you pass by the corner of West Washington and McDonough Street, take a moment to reflect on the rich history of that location. 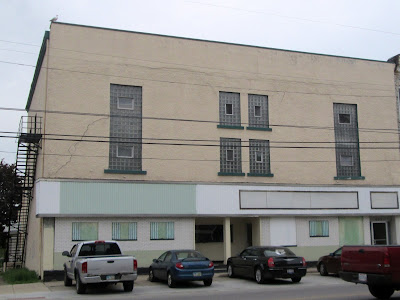 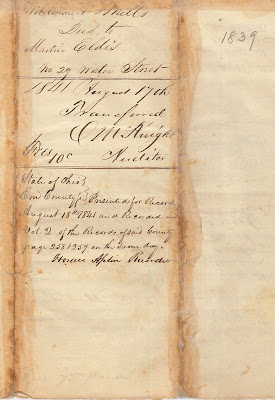 On August 14, 1841, several members of the Wildman and Mills families deeded property to Martin Eldis. (Zalman Wildman and Isaac Mills were original property owners, and are considered founders of the city of Sandusky.) The property was No. 29 Water Street, which was in the city of Sandusky, bounded to the north by Water Street, to the east by Lot 28, to the south by Lot 22, and to the west by Lot 30.


The property sold for $2, 082.83. A fee of ten cents was paid to the Erie County Auditor, Orlando McKnight. The deed was recorded in Volume 2 of the Records of Erie County, on pages 258 and 259. Horace Aplin was Erie County Recorder in 1841. 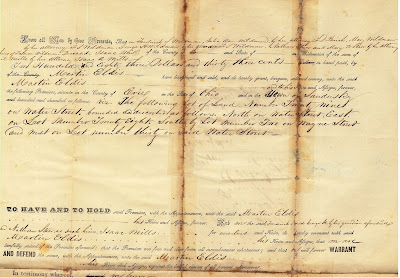 The deed was witnessed by Mayor S.B. Caldwell and by Associate Judge Moors Farwell. 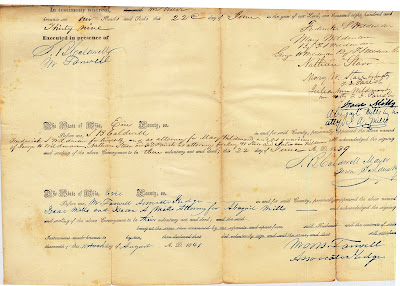 The names of several pioneer residents of Sandusky appear on this deed. F.D. Parish, well known abolitionist, served as the attorney for Julia Ann Wildman and Mary Starr. Isaac A. Mills, attorney for Abigail Mills, was the son of one of the proprietors of Sandusky, also named Isaac Mills. Martin Eldis and his wife, the former Louisa Guckenberger, were among the earliest Sandusky settlers of German descent. They ran a bakery, which was taken over by Mrs. Eldis after the death of her husband in 1852.

To read more about Mr. and Mrs. Martin Eldis, see page 94 of Sandusky Then and Now, available at the Sandusky Library.
Posted by Sandusky Library Archives Research Center at 10:49 AM No comments: 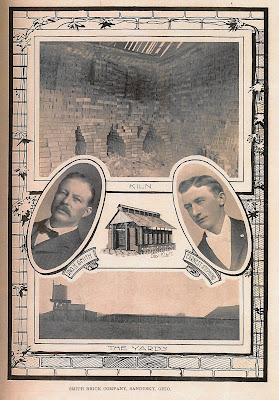 The Smith Brick Company was incorporated in 1902; it was located on the east side of Olds Street, south of Monroe Street. The 1904 Sandusky City Directory listed John H. Smith as the president and general manager, and Ernest Stephens as the secretary-treasurer. A map of the property appeared in the 1904 Sanborn Fire Insurance Map: 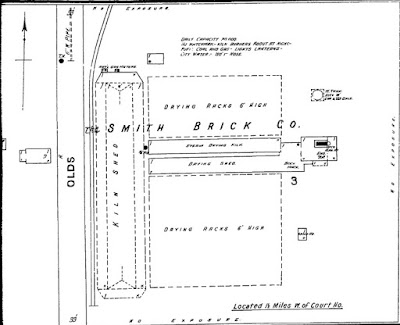 The Smith Brick Company was located near the railroad tracks and the Lower Lake Coal Docks, which made shipping of their products quite convenient.  In September of 1906, the company received an order for a million bricks that were to be shipped to Chicago Junction (now known as Willard) for construction of a roundhouse for the B and O Railroad. In 1910 the Smith Brick Company was bought out by James J. Hinde, and it became the Hinde Brick and Tile Company. This ad appeared in the Sandusky Register of August 5, 1912. 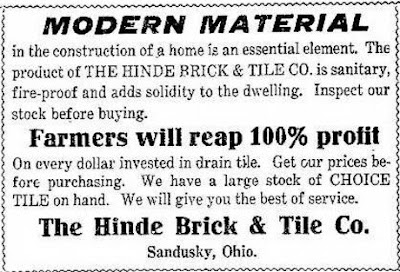 By 1923 the Erie Brick and Cement Company took over the site of the former Hinde Brick and Tile Company. The west end of the city of Sandusky has long been home to many industrial sites. Visit the Sandusky Library to view decades of historical Sandusky City Directories which provide detailed listings of past and present Sandusky residents and businesses.
Posted by Sandusky Library Archives Research Center at 3:41 PM No comments: 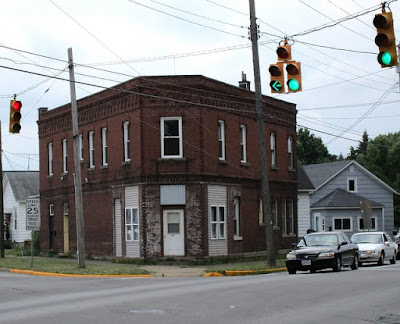 For many years, the building at the corner of Tiffin Avenue and Mills Street was home to Dick’s Grocery, later Dick’s Grocery and Carry-Out. The building was constructed in the first quarter of the twentieth century. In 1925 Frank J. Dick operated a confectionery at this location; by the 1930s and 1940s, it was a deli. For a time in the early 1950s, Almo Maumus ran a grocery store at this location. The first listing in Sandusky City Directories for Dick’s Grocery appeared in 1954; Richard Lorenz was the proprietor. 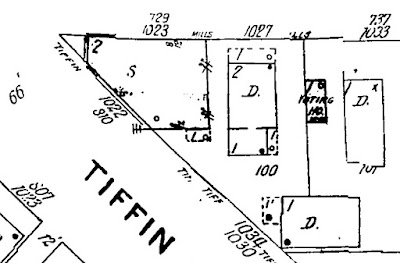 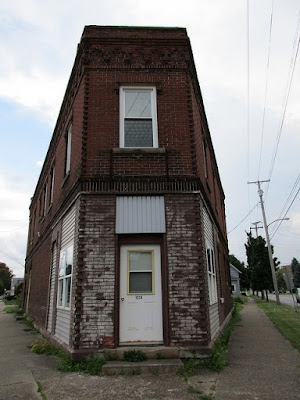 Decorative brick trim can still be seen along the top of the building. 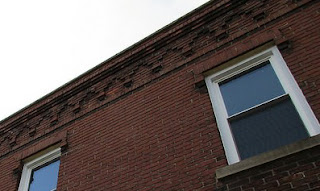 An article appeared in the Christmas Eve issue of the Sandusky Register in 1964: “True Christmas Meaning Not Lost on West End Foursome.” Four youngsters who lived on the west end of Sandusky went Christmas caroling. They collected money as the caroled from door to door, and raised a total of $2.57. The children donated the money to the Muscular Dystrophy Fund container at Dick’s Grocery and Carry-Out. Sandusky Register staff writer Dell McCloy wrote the article, and three of the four children had their picture taken by Register photographer Ken Eckler. By the mid 1970s, Dick’s moved to its new location at 1318 Tiffin Avenue, and was listed as Dick’s Drive-Thru Carry Out. For several years, an income tax company was located in the former Dick’s Grocery and Carry-Out.

Posted by Sandusky Library Archives Research Center at 10:36 AM 1 comment: 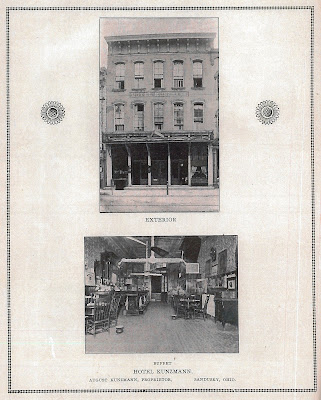 The Hotel Kunzmann was operated by August C. Kunzmann, a native of Baden, Germany. August C. Kunzmann emigrated to the United States in 1879. When he first settled in Sandusky, he worked at the carriage shop of his uncle, who was named August K. Kunzmann. In 1882, August C. Kunzmann married Katie Link. Kunzmann’s Hotel was located at 125 and 127 Jackson Street in the late 1880s. A listing in the 1888-89 Sandusky City Directory indicated that fresh lager was always on tap, and the hotel provided "excellent accommodation and reasonable rates." 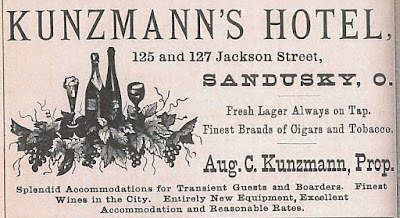 By 1898, the Hotel Kunzmann moved to 627, 629 and 631 Water Street, down the block from Fisher’s Hall. At this time the hotel featured modern improvements such as electric lights and hot water heating. 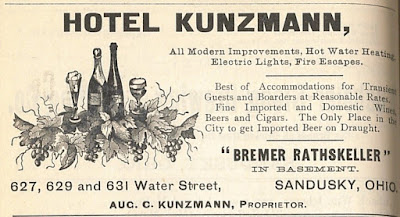 A popular drink at the Hotel Kunzmann was a large glass of beer, sold for five cents, known as the “high ball.”

August C. Kunzmann died of pneumonia on March 14, 1905, at the age of 51. He was survived by his wife and four children. For a time after his death, Mrs. Kunzmann ran the hotel, and later non-family members took over management. An article in the October 11, 1919 issue of the Sandusky Star Journal reported that the Riccelli Cone and Candy Company had recently leased the three story building that was once the Hotel Kunzmann.

You can read more about life in Sandusky at the time the Hotel Kunzmann was in business. Mrs. Katherine "Katie" Kunzmann collected newspaper clippings about prominent people and events that took place in Sandusky, Ohio between 1898 and 1919. This scrapbook has been microfilmed and can be viewed at the Sandusky Library Archives Research Center.
Posted by Sandusky Library Archives Research Center at 3:51 PM No comments: