The Great Western Band Carnival was held at the Social Turner’s Hall on February 26, 1889. The February 27, 1889 issue of the Sandusky Register reported that 1,000 people attended the event, which was a Masquerade. Spectators lined the walls and gallery, and several local merchants were also at the big event. Dancers wore brilliantly colored costumes which represented hundred of various characters. Nineteen prizes were given out in a drawing. 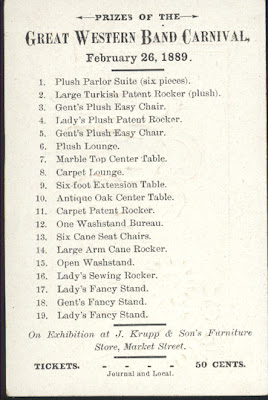 Before the Carnival the prizes were on display at J. Krupp & Son’s Furniture Store on Market Street. The Sandusky Register printed the names of all the prize winners. The article began, “If there is one thing more than another that Sandusky prides herself on, it is the Great Western Band, a musical organization that has no peer in Northern Ohio and on the occasion of the band’s annual carnival, citizens attest their appreciation by turning out en masse.” 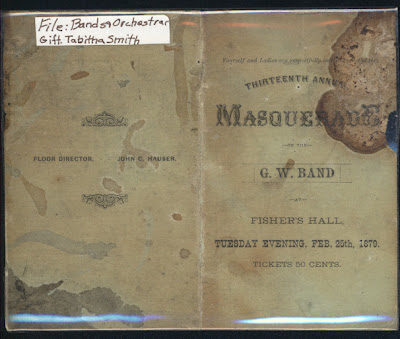 The program included twenty four numbers that were played, including waltzes, the Virginia Reel, polkas, the Mazurka, and Schottisches. The final number was the Fire Fly Galop. 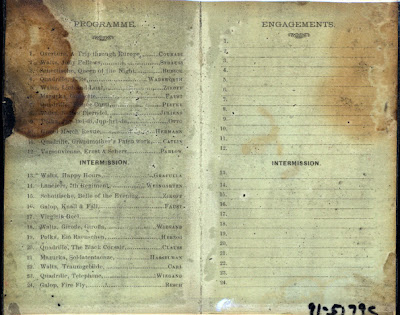 While no sound recordings exist from the Great Western Band events in 1879 and 1889, by visiting the National Jukebox of the Library of Congress, you can hear examples of the Fire Fly Galop, the Virginia Reel, and several polkas and mazurkas.
Posted by Sandusky Library Archives Research Center at 10:53 AM