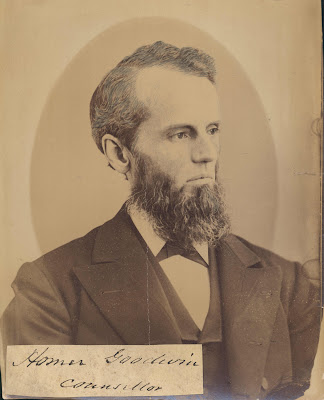 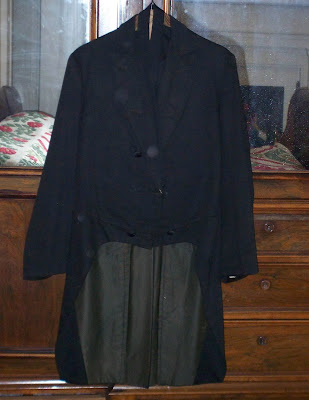 Posted by Sandusky Library Archives Research Center at 9:24 AM

Love this blogspot - please keep up the good work!

I own the Erastus Goodwin House (father to Homer) in Burton Ohio. Found your site doing some historical research on the Underground Railroad in this area. See www.GoodwinHouseBB.com

His daughter Maryette Godwin Mackey was a suffragette. She graduated from Wellesley, married Denver Mackey, and moved to Los Angeles where she served as dean of the University of Southern California.

I just bought a book that evidently was once owned by Homer Goodwin - it is "Thaddeus of Warsaw," and on the front end page there is the inscription (in beautiful penmanship) "Homer Goodwin, Sandusky, Ohio, Nov. 1881." I looked up his name on Google, which is what brought me to this page.