Fishing Outings on the Major Wilcox 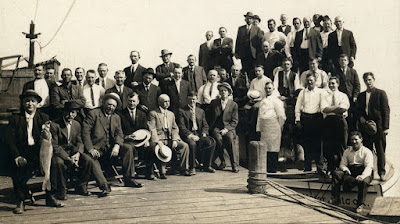 The Major Wilcox was a company boat for the Booth Fisheries Company, which was in operation in Sandusky from the early 1900s through the early 1960s. In the undated picture above, the only individual who has been identified is J.J. Schrank, who was a longtime employee of Booth Fisheries. He is the fourth individual from the left, in the back row.

In August of 1914 and 1915, Erie County officials went aboard the Major Wilcox for a fishing outing. A “Looking Backward” column of the Sandusky Register of August 11, 1935, stated that on August 11, 1915, the Erie County Courthouse appeared to be a “deserted village” because so many county officials were out of the office on the annual fishing party and outing. Below is a photograph taken by E.H. Schlessman of the Erie County Officials annual fishing outing on August 26, 1914.

The boat was the namesake of prominent Sandusky business man Clinton B. Wilcox, who also served as a Major in Company B of the 16th Regiment, Ohio National Guard. 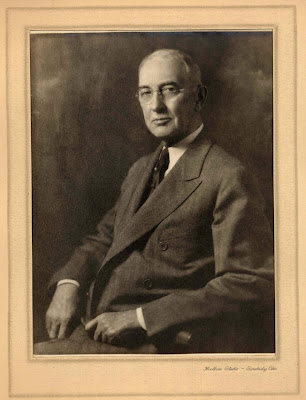 Posted by Sandusky Library Archives Research Center at 8:58 AM