Between 1907 and 1919, Mr. and Mrs. Ira C. Krupp lived on , on the property formerly owned by the Palmerton family. (Ira Krupp’s mother Ida Palmerton Krupp was the daughter of J. E. Palmerton.)  The Palmerton property in 1896 is pictured below: 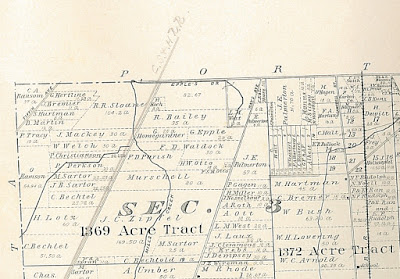 Ira C. Krupp, son of local undertaker Charles J. Krupp, operated a dairy farm at this location in the 1910’s.

In June of 1911 Ira Krupp was a founding member of  “Ye Oak Meadow Gun Club,” which was organized at the Sunyendeand Club. The officers were: August Kuebeler, President; Lea Marsh, Vice President; W.A. Magoon, Secretary; Dr. J. K. Douglass, Treasurer; Ira Krupp, Manager; and Dr. J. D. Parker, Captain. According to the June 6, 1911 Sandusky Register the membership was made up of the best trap shooters in . Roy Parker, also known as Leroy Parker, had the high score at the regular shoot at the Gun Club on August 26, 1911.  He was an Erie County Commissioner from 1920 through 1924. 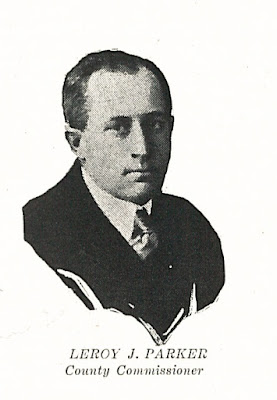 C. Webb Sadler was also a member of  the club. 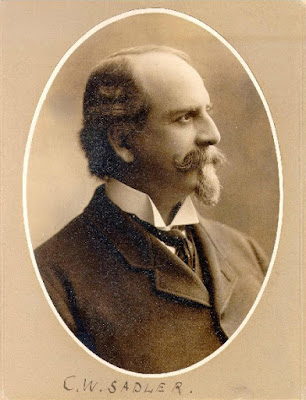 He was the grandson of Judge E. B. Sadler, and was associated with many other area clubs, including the Blue Hole, Castalia Farms, and the Rockwell Trout Club. According to Helen Hansen’s At Home in Early Sandusky, C. Webb Sadler was the driving force behind the development of Battery Park.

A large turkey shoot was held in November 1911. By this time the grounds included a club house and a firing range. Mrs. Ira Krupp, the former Emeline Moss, was hostess for a bridge party and luncheon in December 1911.Around 1919 news articles about Ye Oak Meadow Gun Club ceased, and in the 1920’s  Mr. and Mrs. Krupp moved to . While they were in , however, they were very active in the social and agricultural circles of the area.
Posted by Sandusky Library Archives Research Center at 9:00 AM